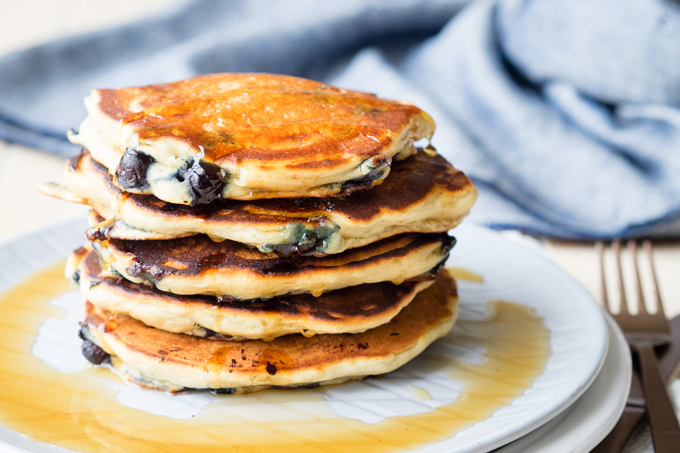 If I didn’t write a breakfast and brunch blog, and I wasn’t always busy developing and testing new recipes, I would probably eat pancakes for breakfast every day. In fact, before I started The Worktop, there were periods in my life where I would go a few weeks straight of having pancakes every single morning.

We don’t eat them endlessly at home anymore, but they appear on our table at least two to three times a week. 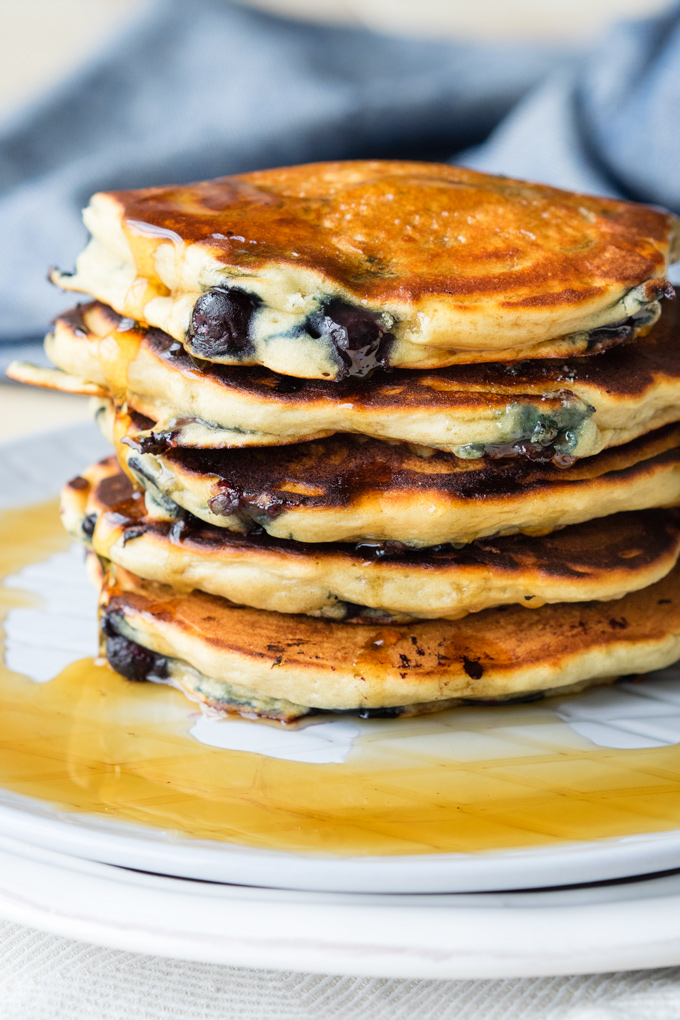 Then, of course, Milo came along, and we found out he is allergic to practically everything I love – eggs, dairy, and corn. As I am breastfeeding him, for me that means, no more eggs, no more dairy, no more corn for the time being.

One of my first thoughts when it came to adjusting my diet was “Goodbye pancakes” (among other things I often ate). I wasn’t very familiar with pancakes without milk or pancakes without eggs. Or put another way, I was a vegan pancake newbie.

It’s scary trying to make something for the first time, and wandering into unfamiliar territory in the kitchen. I almost didn’t attempt a vegan pancake, but a few months into my no egg, no dairy and no corn diet, desperation got a hold of me and I turned into a mad woman in the kitchen. 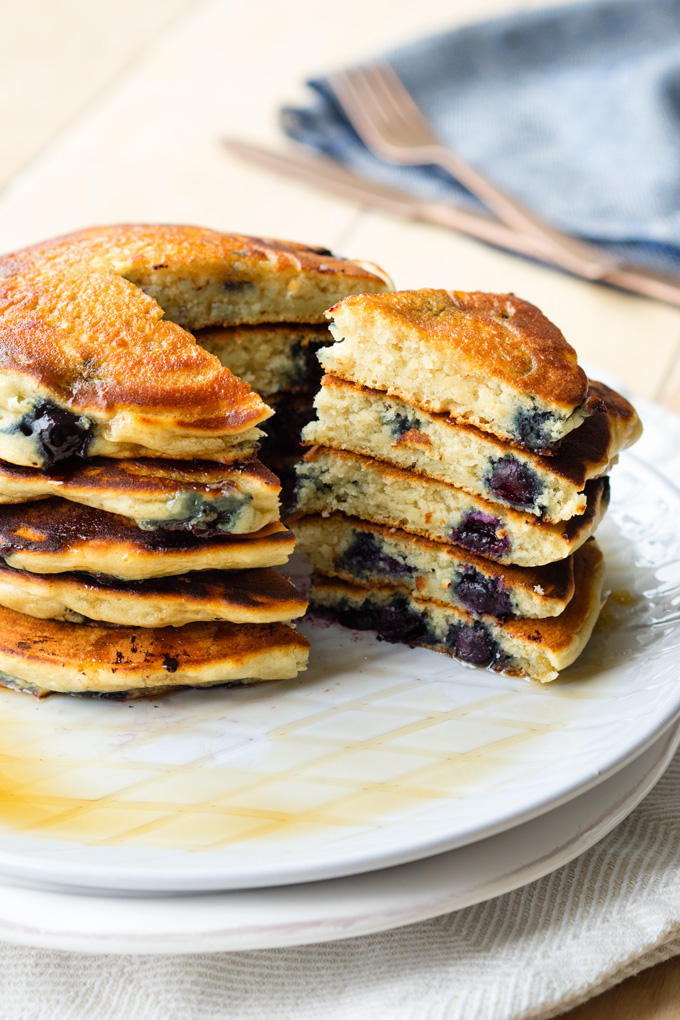 Well, print this recipe and stick it on your fridge because this is THE vegan pancake recipe that’s been missing from my life (and most likely yours too!). These Blueberry Vegan Pancakes are incredibly thick and fluffy, and soak in just the right amount of maple syrup.

You won’t be able to tell that these pancakes are vegan — made without eggs, milk, or butter.

And if you’re not strictly vegan, but are instead just caught without any of those ingredients and still want to eat thick and fluffy pancakes, this pancake recipe is your friend. 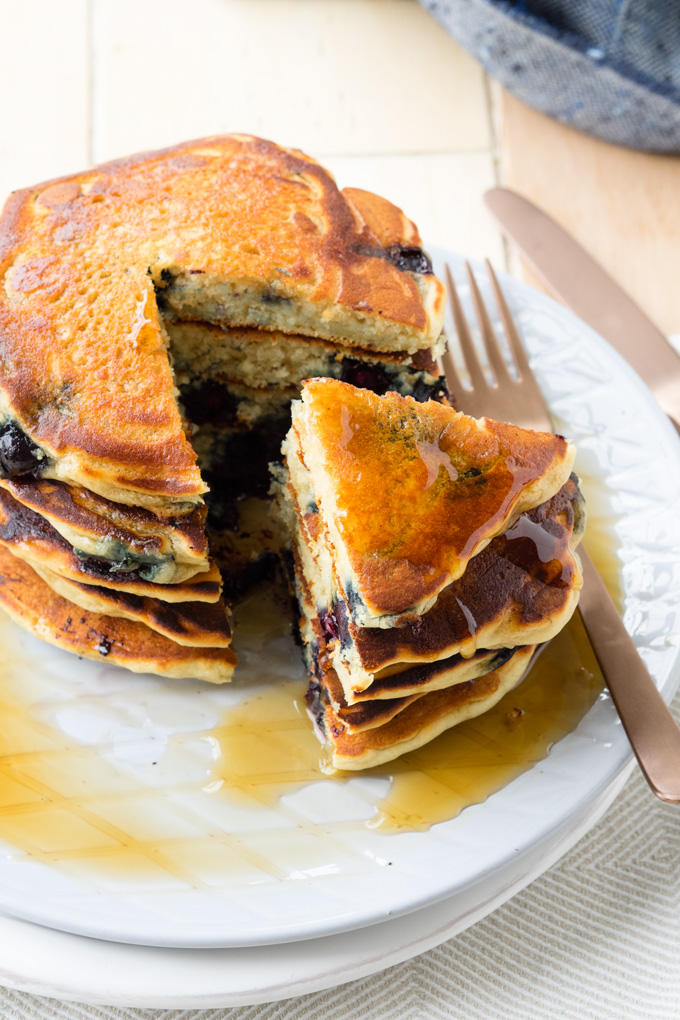 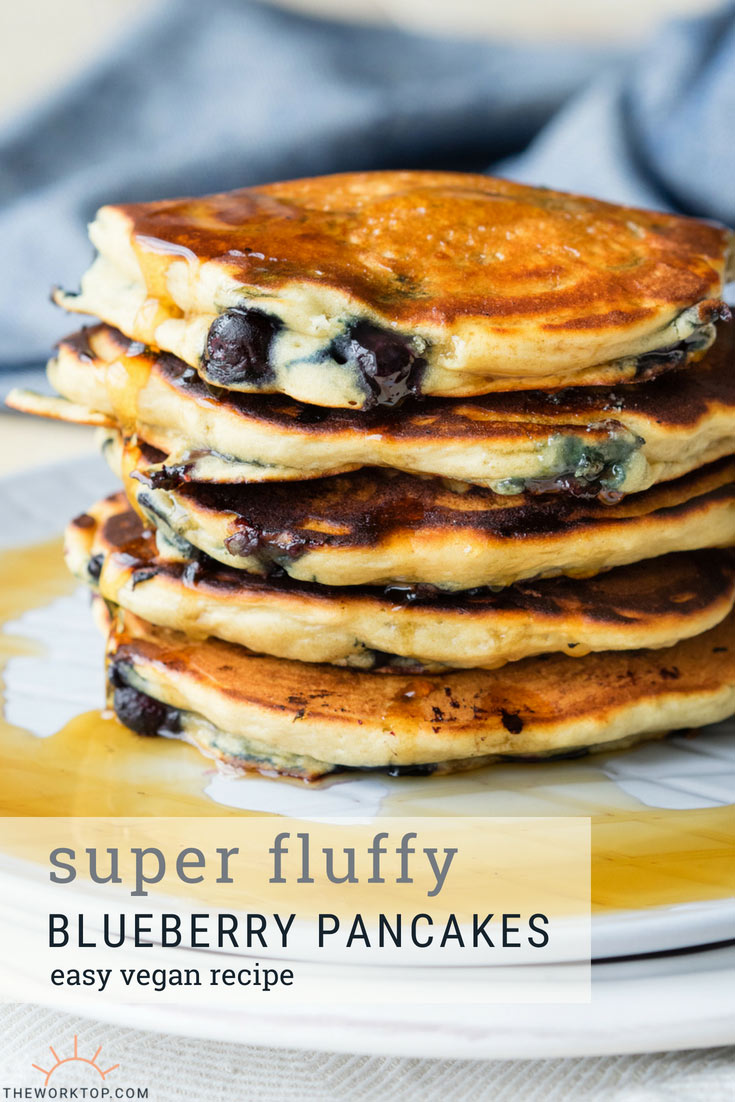 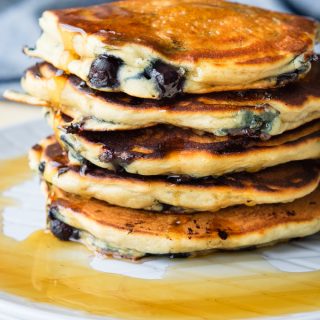 4.53 from 40 votes
Print Recipe
Serves: 8 pancakes
Prep: 5 mins
Cook: 30 mins
Total: 35 mins
You won’t be able to tell that these Blueberry Vegan Pancakes are vegan — made without eggs, milk, or butter. These pancakes are incredibly thick and fluffy, and soak in just the right amount of maple syrup. Feel free to swap out the blueberries for bananas, add in some nuts, or even a touch of cocao powder.

This recipe is loosely adapted from this Favorite Pancake recipe by Food Hero. Because these pancakes are so thick, they are best cooked on a cast iron griddle so the insides cook through before the surface of the pancakes burn. Cast iron pans have high emissivity, meaning that the surface of the cast iron gives off a lot of heat. If you hover your hand above a cast iron griddle, you'll feel the heat radiating off the pan without being very close. This means that you aren't just cooking the food touching the surface of the cast iron, but you're also cooking food above the surface (ie. the insides of these thick pancakes). If you try hovering your hand over a stainless steel pan, you'll notice that you can get very close to the surface of the pan without feeling as much heat. As such, it will take longer for the insides of a thick pancake like this to cook, and you may need to turn down the heat so the surface of the pancakes do not burn before the insides are done.  Serious Eats has more information, should you want to learn more.
Course: Pancakes and Waffles
Special Diet: Dairy Free, Vegan
Author: The Worktop
Cal : 159kcal
Note: Nutrition information is a rough estimate.
Tried this recipe?If you loved making this recipe I would appreciate it so much if you would give this recipe a star review! I’d love to see it too – snap a picture of your finished dish and share it with me on Instagram using #theworktop and tagging me @theworktop. 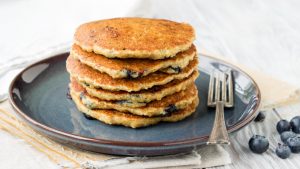 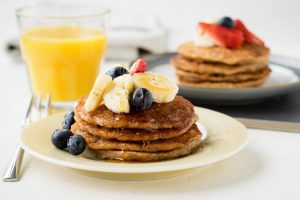 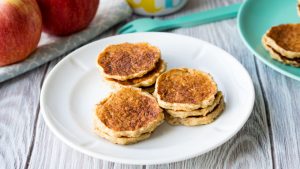 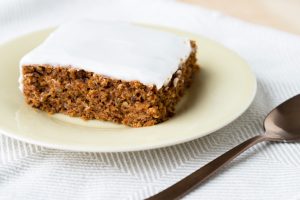 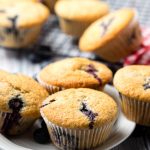 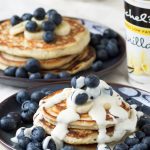 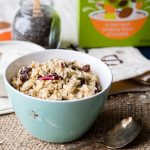 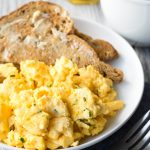 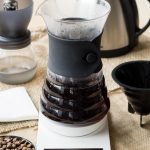 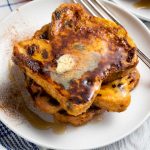