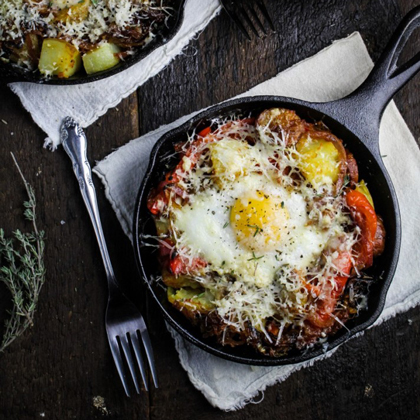 , the cookbook from the trendy London restaurant. Katie at the Kitchen Door reviews the cookbook, and shares her slightly adapted recipe for Hangover Hash. Is it worth it to have a hangover just to eat this?

Get the Hangover Hash recipe by Katie at the Kitchen Door.

Photo: Katie at the Kitchen Door. 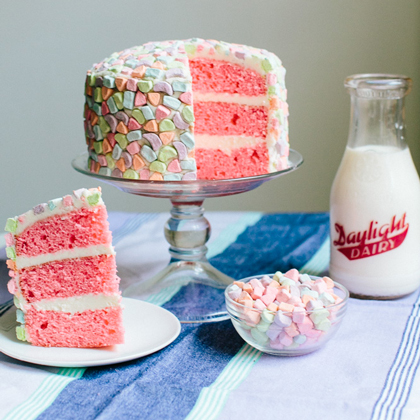 Cereal Supreme Cake is made by replacing the milk in a classic vanilla cake with "cereal milk" (milk seeped with toasted cornflakes to mimic the bottom-of-the-bowl sweetness). The marshmallows on it are just a plus! If it's got cereal in it, it can be a breakfast.

Get the Cereal Supreme Cake recipe by Becca Bakes. 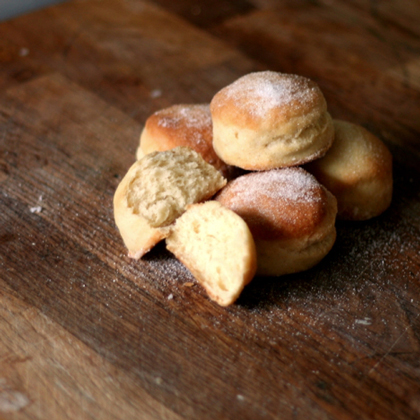 This doughnut recipe is made by dropping the dough into the bottom of a bucket of cold water, and waiting for the dough to rise. Once the dough starts to float on the surface, the dough is ready to be cut and baked into doughnuts.

Get the Drowned Doughnuts recipe by Time to Cook - Online. 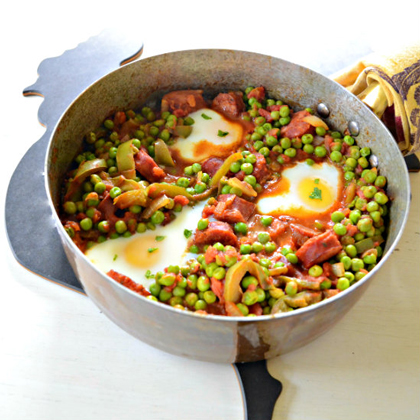 Kitchen Getaway turns her grandmother's traditional pea recipe into a Portuguese style breakfast. Linguica is a form of smoke cured pork sausage that is marinated and seasoned. Makes me want to hop on the next flight to Portugal!

Get the Peas Linguica and Eggs recipe by Kitchen Getaway. 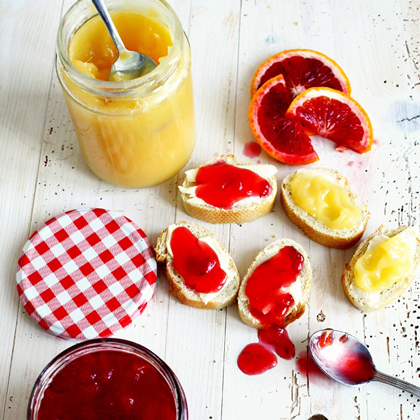 Ursula at Li'l Vienna treats herself to lemon curd spread on a slice of baguette with unsalted butter. I love baguettes and butter, and lemon curd sounds like a delicious addition.

Get the Lemon Curd recipe by Li'l Vienna.

Love to pin? Here you go! 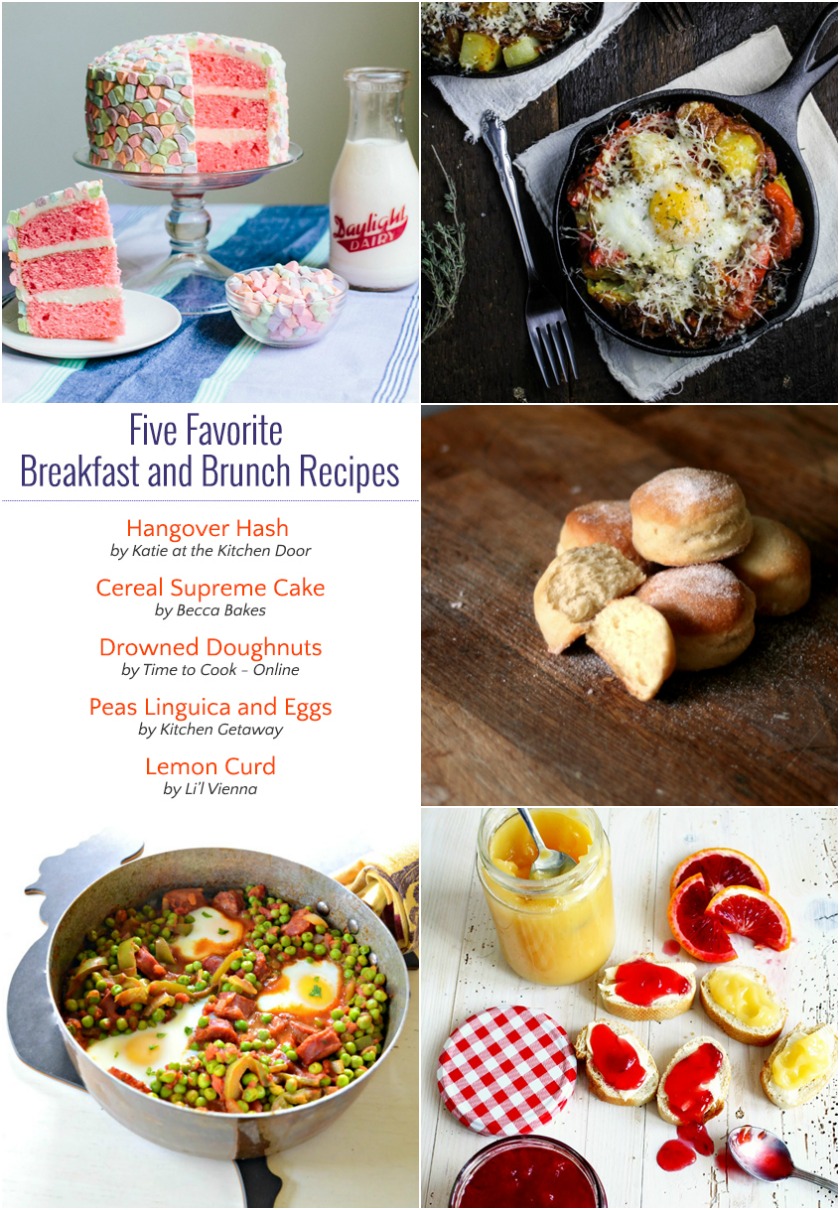