This London Particular Yellow Split Pea Soup is made with yellow split peas, which are a bit sweet and have an earthy taste to them.

Well, I liked it hot.  I didn't like it cold.  And it definitely did not last nine days.

Pease porridge, or more commonly now referred to as split pea soup, is a wonderfully healthy dish that is just as tasty.  Historically, peasants cooked pease porridge in a large kettle over the fire.  The thick porridge would be made with a base of peas, and other available vegetables would be added to it. Each day, the porridge would cool off as the fire died during the night. And in the mornings, the porridge would be cold. The kettle would remain over the fire each day, rewarmed each day by a new fire. Since it was replenished with new vegetables as available and needed, the original porridge may have actually lasted nine days - hence, some really may have liked it nine days old! 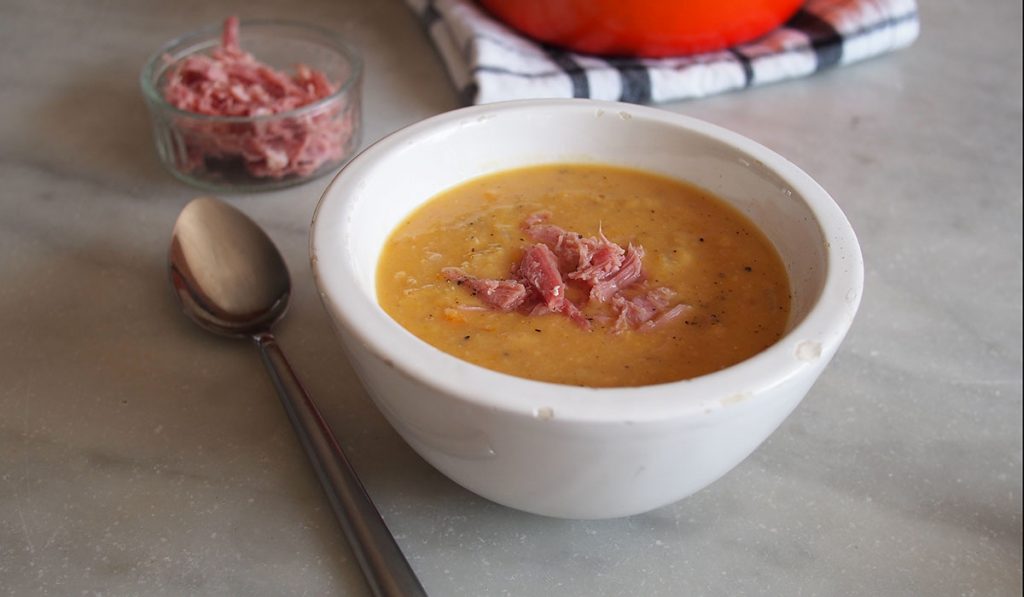 Split pea soup can be made with green split peas or yellow split peas. While many people find that the peas taste the same, to me, the yellow ones are a bit sweeter and have an earthy taste to them. The green split peas leave me with a harsh after taste. But, the peas cook the same, and you can use both types interchangeably in this recipe. 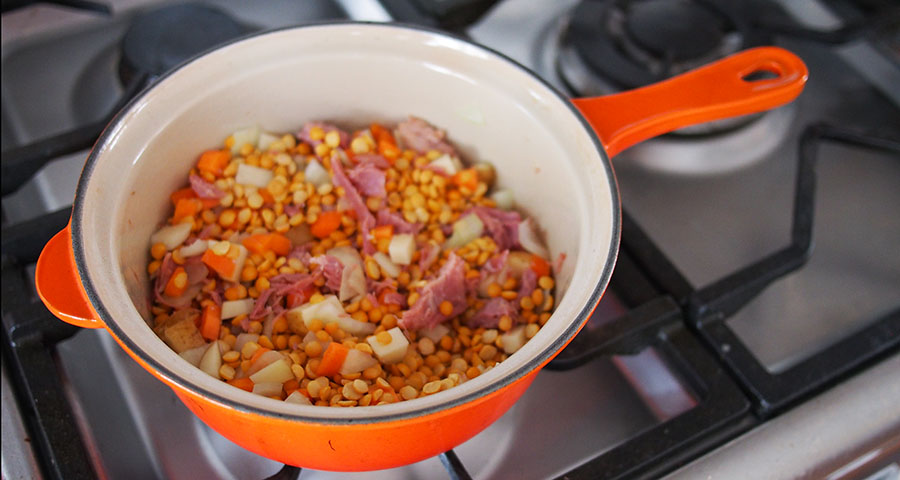 In this case, I also used yellow peas because it has an interesting touch of London history. Prior to the Clean Air Act here in 1956, the London air was often filled with yellowish smog caused by burning coals and industry. This smog became termed the London Particular or London Fog. Since yellow split pea soup carries the same color as the smog, and should be a thick consistency much like the smog, it has become known as London Particular Pea Soup. 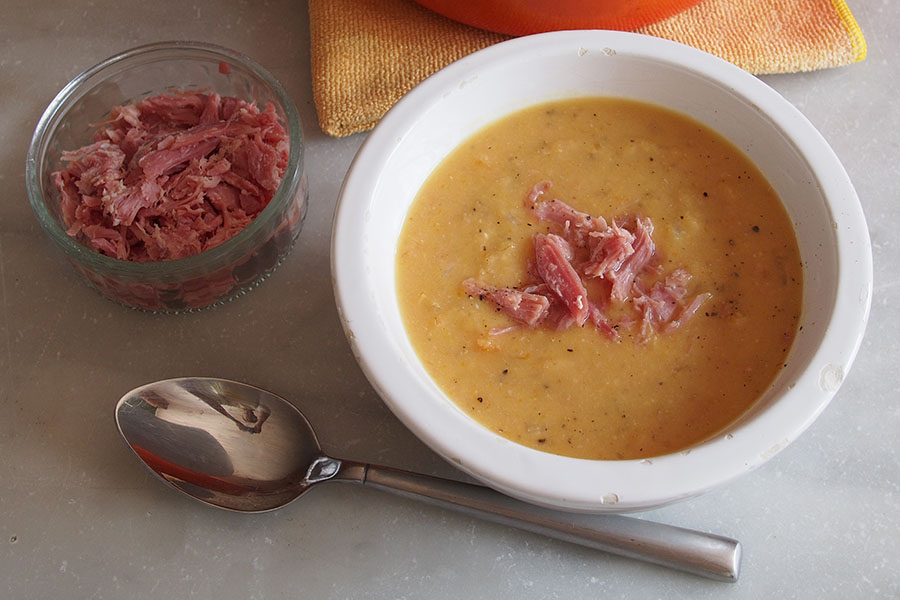 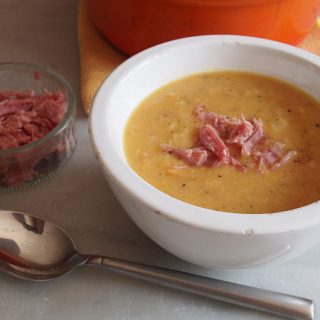 4.75 from 4 votes
Print Recipe Save RecipeSaved!
Serves: 6 bowls
Prep: 30 mins
Cook: 40 mins
Total: 1 hr 10 mins
This London Particular Yellow Split Pea Soup is made with yellow split peas, which are a bit sweet and have an earthy taste to them.