It wasn't long ago that I first learned that graham crackers are not available in the UK.  "What do you mean?!?"  I sputtered.  But sure enough, I can't find them anywhere.  And when someone tells me that I can't have it, well, it makes me want it all the more.  So since then, I have had a huge graham cracker craving.  Even though I probably only ate them twice in the past year when I was in the US (once on a s'more and once as a cheesecake crust), I would have had them for breakfast every day this week if it were possible. 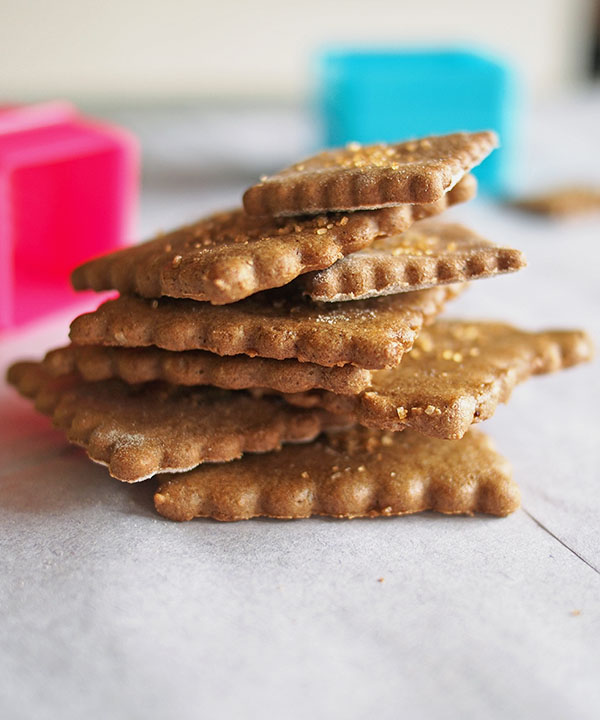 "So how do you make pie crusts?" I asked.  More importantly, "how do you make s'mores?"  From what I can gather, digestive biscuits make great pie crusts.  I'll have to try that soon.  And as for s'mores, I get an equally puzzled look from the Brits, "what's a s'more?"  One friend even offered that his knowledge of graham crackers came only from the fact that Stewie from Family Guy loved them.  But, "what's a graham cracker?" they asked me.

I could only answer that it's crunchy.  Slightly sweet and sort of bland.  It's dry and it breaks easily.  It also goes stale when you don't eat it shortly after opening the pack.  But while none of that may sound appealing, it's a taste of home that I miss.  I have checked every grocery store I have walked by with no luck.  I even made a trip to Whole Foods, because that's the best place to find American goods here.  But no luck.  In the end, though, I realized that I may just have everything I need in my kitchen to make myself a batch of them. 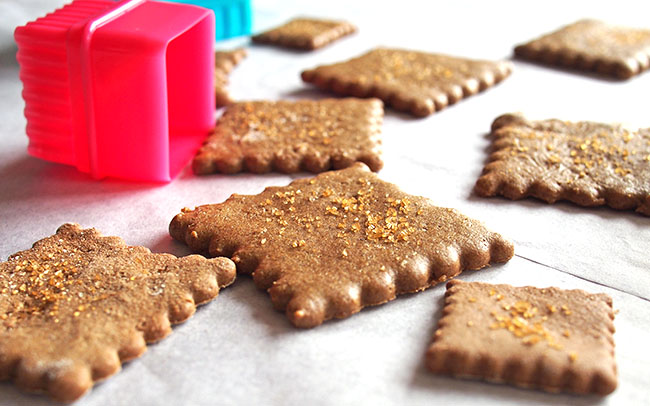 While these don't taste like the Honey Maid graham crackers, they are definitely tasty and close-ish to the original thing.  They have temporarily satisfied my craving for graham crackers, and I can't stop eating them, even as I type.  I got the recipe from Sketch-Free Eating, but made a few adjustments since I didn't have all of the original ingredients on hand.  The dough was really easy to make and only took about 5 minutes.  But instead of making slabs of graham crackers as instructed in the original recipe, I used a cookie cutter to make individual fluted square cookies.  It ended up being quite difficult using the cookie cutters since the dough was too sticky.  So as an experiment, for the last few cookies, I added extra buckwheat flour to the dough so it was easier to roll out and cut.  It didn't work.  The cookies ended up being much too dense and hurt my teeth.  So as a warning, if you decide to use cookie cutters, don't be tempted to simply add more flour to the recipe!

Mix the dry ingredients in a medium bowl.  Mix in the sunflower oil and vanilla extract.  Slowly mix in the water, being careful not to add too much.  At this time, mix the dough with your hands so you get a feel for the consistency.

Flatten the dough into a round disk.  Cover and refrigerate for at least 1 hour, preferably longer.

Preheat oven to 177C (350F).  Roll out the dough on a silicon baking mat by placing a plastic wrap on top of the dough and rolling on top of it with a rolling pin.  The dough should be about 3 - 4 mm thick.  Cut into rectangles and poke holes on top with a fork for decoration.  Sprinkle with extra demerara sugar if you wish.  Bake for 20-25 minutes. 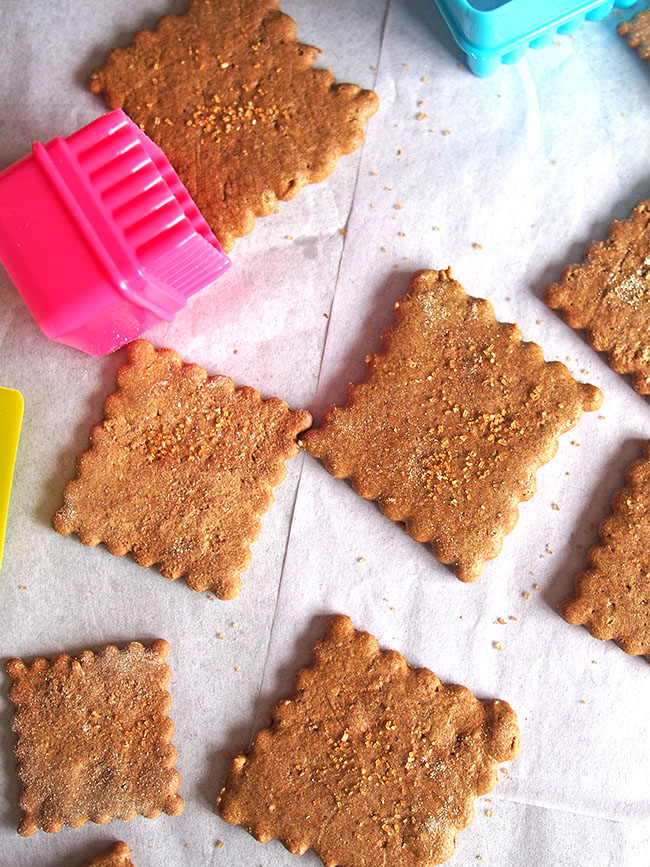