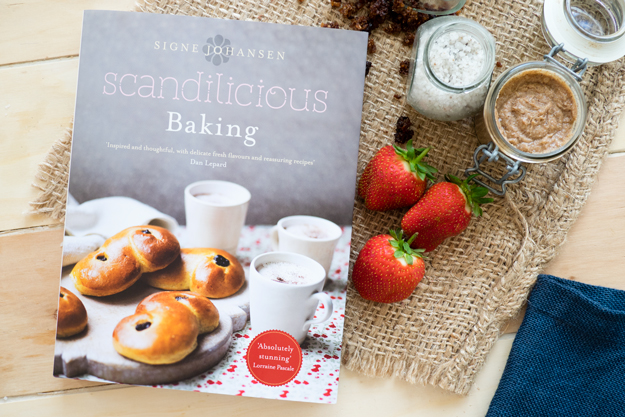 Scandilicious Baking by Signe Johansen is a beautiful cookbook full of intriguing recipes. You can find both traditional Scandinavian recipes, as well as modern recipes with a Scandinavian influence.

Scandilicious Baking is filled with an interesting and complex collection of recipes. First and foremost, it introduced me to many Scandinavian dishes that I had never encountered before. Beyond traditional Scandinavian recipes, this cookbook also contains modern British and American recipes that Signe Johansen modified for a "Scandilicious" take. For example, The Scandilicious Key Lime Pie is inspired by a visit to the US, but the recipe uses Swedish Pepperkaker, a thin spiced biscuit, for the crust instead of the American graham cracker.

It is a beautiful book that I will probably flip through repeatedly on a lazy afternoon. Many recipes caught my attention at first glance for breakfast and brunch options: Finnish Blueberry and Buttermilk Oven-Baked Pancakes, Baked Lemon Verbena Custards with Rye Granola, Spiced Blueberry Buns, Cinnamon Swirl Bun-Pops, Norwegian Custard and Coconut Buns, and Plaited Milk Loaf. I plan on slowly making my way through these recipes, especially since some of them require setting aside a few hours in the morning. 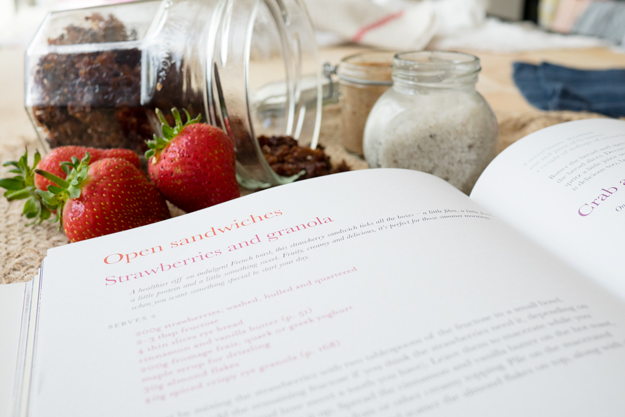 The recipes are divided into the following sections:

There is an index in the back which makes it easy to find recipes based on ingredients. However, the book lacks a table of contents that lists all the recipes. You have to flip to the first page of each section to see a list of recipes in that section. 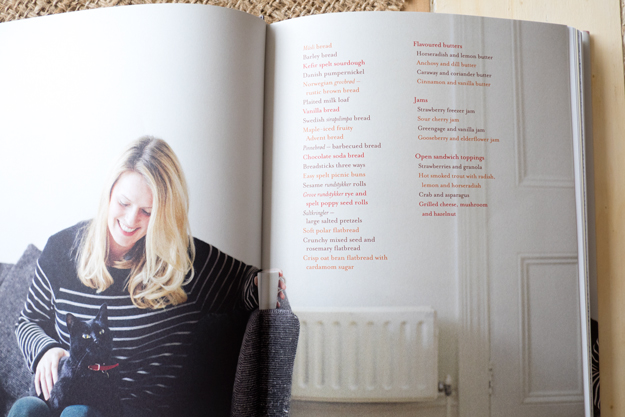 Baking from Scandilicious Baking is often a challenge, but you end up with a final product that you can't buy elsewhere. Since most of the recipes are for traditional Scandinavian baked goods, they often require ingredients that I do not normally stock in my London kitchen. For example, many recipes use a combination of multiple flours - rye, refined spelt, wholemeal spelt, oat bran, wheatgerm. It's unlikely that I have all of those flours in my pantry at one time. Given that it is a Scandinavian baking book, recipes also contain regional products, so a shopping trip may be in order before you start baking.

A few other reviews of this cookbook mention there are issues with the proofing and editing, and I can confirm that this is true - an example of this is the Saltkringler large salted pretzel recipe which requires 500 grams of strong white flour, but the only liquids in the recipe are 30 milliliters of clear honey and 1 tablespoon of oil. I didn't attempt to make this recipe, but I cannot imagine how such a small amount of liquid would bring the flour together into a dough.

The recipes themselves are generally complex, so be prepared to set aside time to read through the ingredient list and recipe carefully first before starting to bake. Also be aware that many of the recipes will take at least a few hours to complete. This isn't a cookbook that you can spontaneously pull off the shelf and start baking from. But if you plan ahead, you can bake some very beautiful and unique dishes. 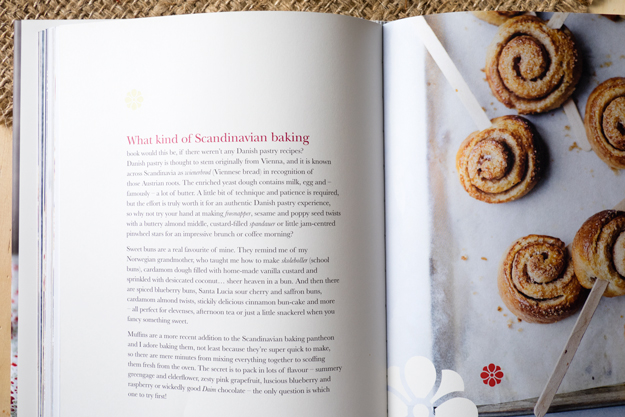 What I loved about the book is that many of the recipes are complex, and I feel like I'm learning new techniques and skills. At the same time, many of the recipes feel a bit daunting because the steps are long. Most recipes are at least one full page of text, and each step in the recipe is at least one paragraph long. While the details are helpful, some are unnecessary and make it hard to find the actual directions to follow. For example, in the Blackberry and Plum Spelt Crips recipe, it states to cool the crisp after removing from the oven "so that the filling doesn't burn the roof of your mouth!" The personal advice adds a nice touch, but at the expense of making the recipe wordy. 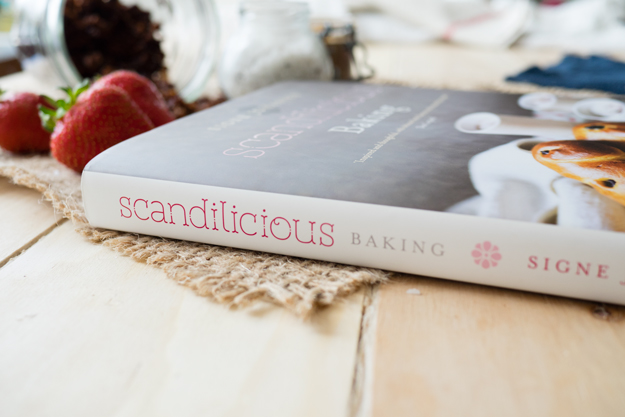 Scandilicious Baking provides an intriguing introduction to Scandinavian baked goods. The recipes in Scandilicious Baking all sound delicious, and there is a long list of recipes I want to try. This is not a beginner's cookbook, but one you should pull out if you have an afternoon to spend. Make sure to fully read through a recipe first before attempting one. Also, as is the nature of baking, many of the recipes require significant time (ie. to proof the dough), so plan ahead!