It’s so tart! I couldn’t keep my eyes from squinting from the sourness of it. The crisp bite and the wateriness of it gave it a wonderful texture, but it was a rude awakening on my unsuspecting taste buds.

I only recently had my first real experience with rhubarb. Had I had it before? I’m not too sure. Perhaps in a tart or a crumble? But if I had, it didn’t make a lasting impression. A few months ago though, I picked up the curiously bright pink stalk from the market, where it stood out against the drab baskets of potatoes and other root vegetables. Seeing the vibrant color immediately made me feel like winter was coming to an end – I was naively hopeful.

Through the spring, I’ve experimented with it in the kitchen. Sometimes simple, and sometimes complex feats. Below are a few of my favorites – just as an inspiration, should you find yourself with a stalk or two of rhubarb. 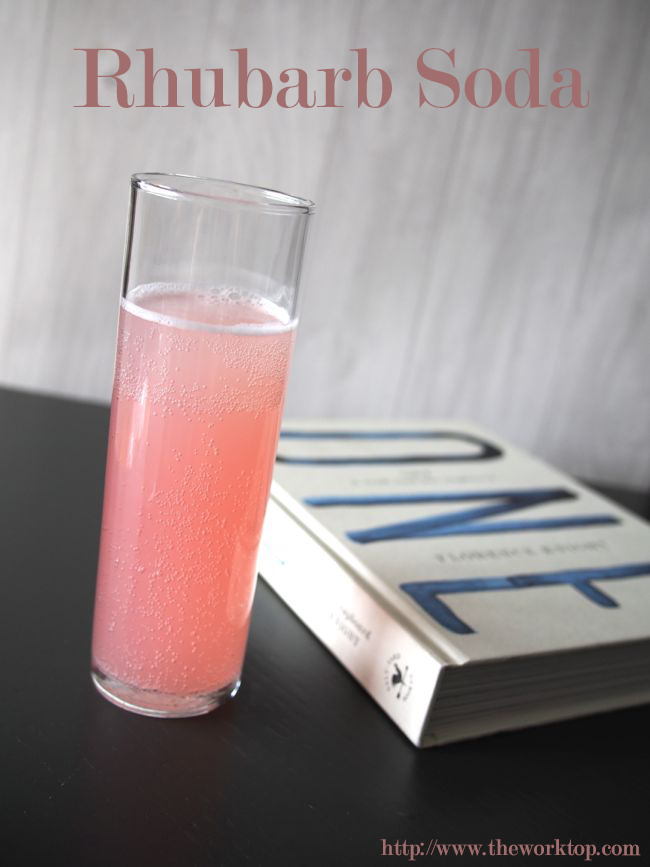 Rhubarb soda is a deliciously refreshing drink. I simply stewed some rhubarb in a bit of water and a lot of sugar, filtered out the rhubarb bits (using a coffee filter), and added the remaining syrup to some sparking water. 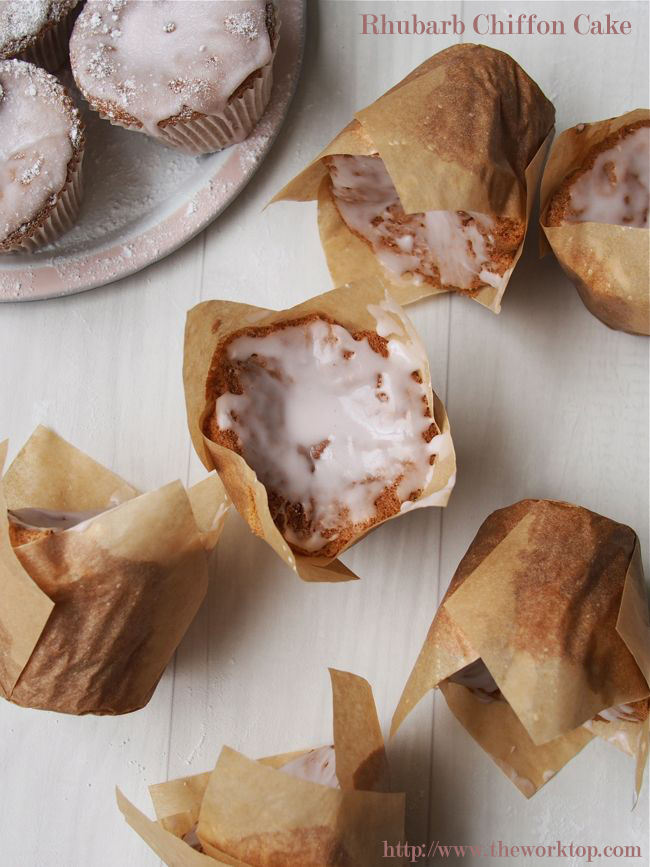 The idea of rhubarb chiffon cake came to me because one of my co-worker’s birthday was coming up, and he has a liking for rhubarb. I went through a wrangling process of what rhubarb recipe to make, but ended up settling on chiffon cake because I was secretly craving it myself. 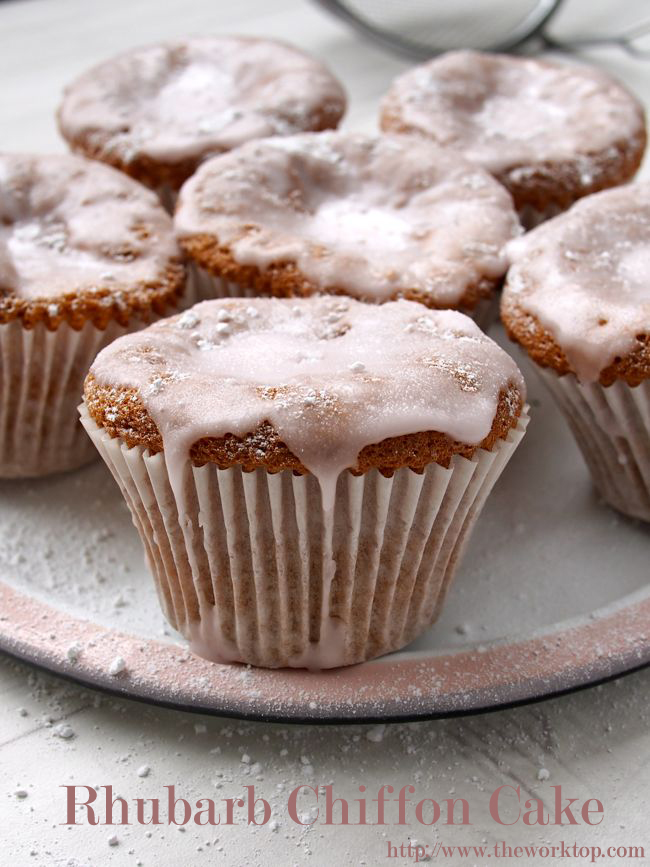 I have yet to find this quintessentially American cake in London. There are so many pound cakes in every bakery and patisserie here, but so far, no sighting of the light fluffy chiffon. Making chiffon in muffin cases was a bit of a challenge. There’s no real way of inverting them to cool, so the middle ends up collapsing. The recipe is a work in progress, but basically look for an orange chiffon cake recipe and replace the orange juice with a rhubarb simple syrup. 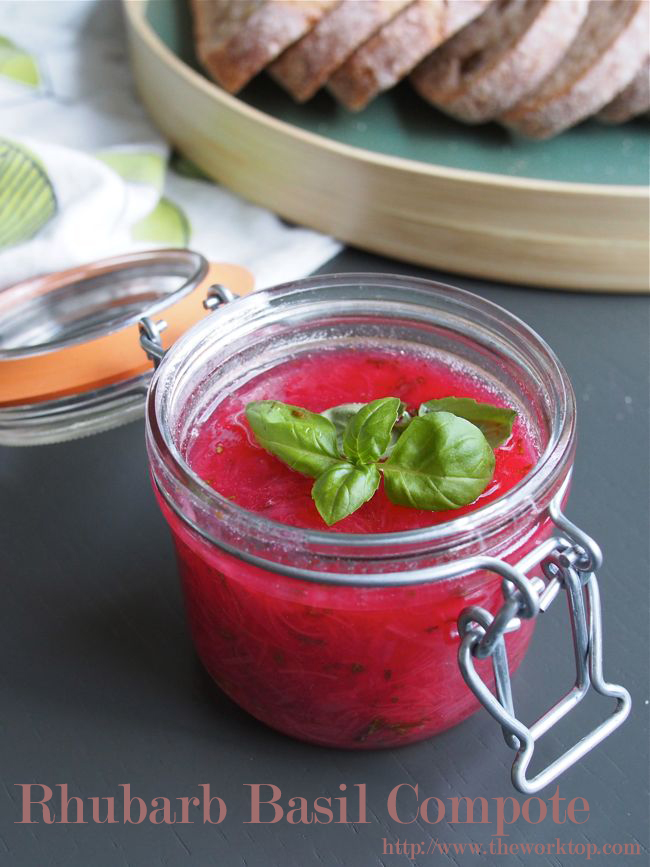 Rhubarb and basil was a flavor combination that was just waiting to happen in my kitchen. My basil plant is always overgrown, and I indiscriminately throw in basil leaves in everything. Naturally, it was only inevitable that basil would end up in the rhubarb compote I was making! 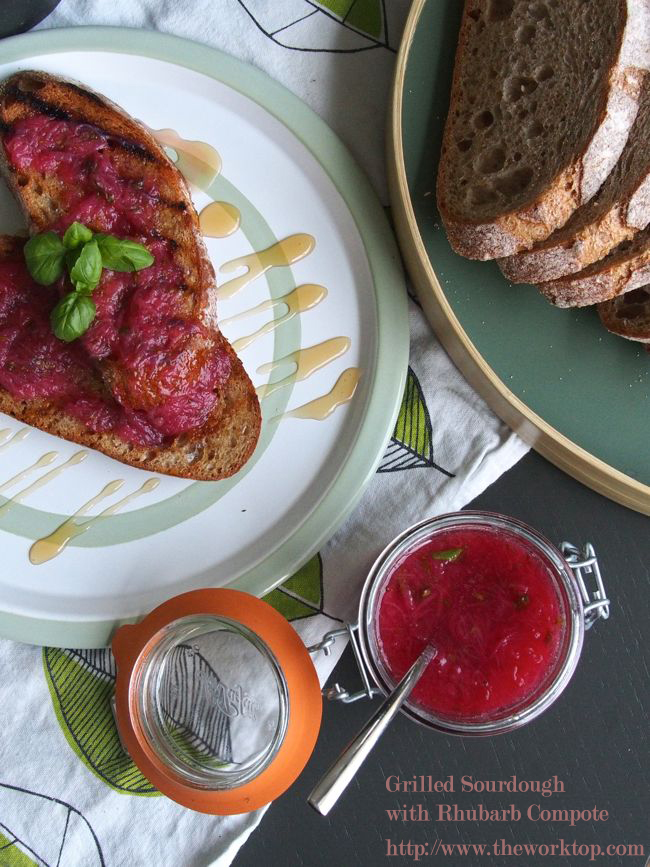 And, given that I’m often lucky enough to often have leftover sourdough bread, I made brunch one day by grilling the sourdough, topping it with the basil rhubarb compote, and adding maple syrup to it. Let’s just say, if I ever open up a cafe, this will definitely be on the brunch menu. And next time you make grilled croissants, rhubarb basil compote sits nicely on it too. 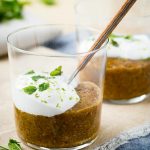 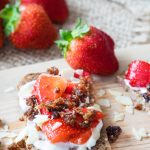 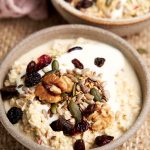 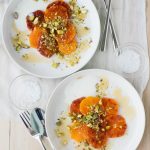 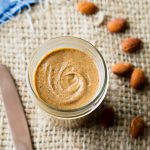 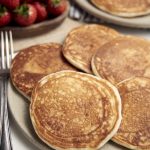