It's like a donut hole, but giant! Meet the Apple Cider Donut Ball. These cake-like donuts are incredibly soft and tender, and much easier and quicker to make than regular donuts. The secret? Use a cookie scoop to quickly form the donut balls. 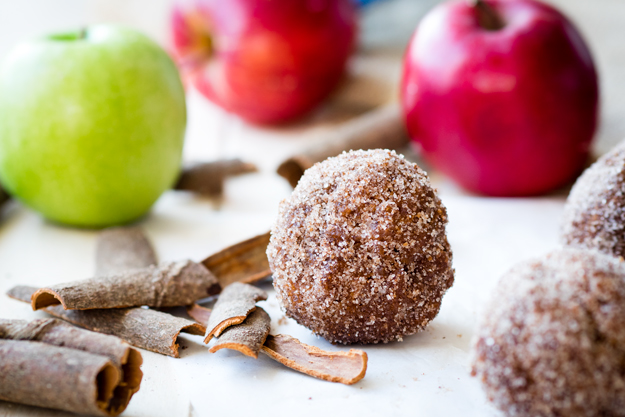 Apple Cider Donut Balls! What are donut balls, you might ask? Donut balls are the giant cousins of donut holes, and just as amazing. You get 360° of the crispy fried bits, and an incredibly soft center. These Apple Cider Donut Balls are cake-like donuts, and since they are bigger than donut holes, you get much more of the fluffy cake-like inside with each donut ball. 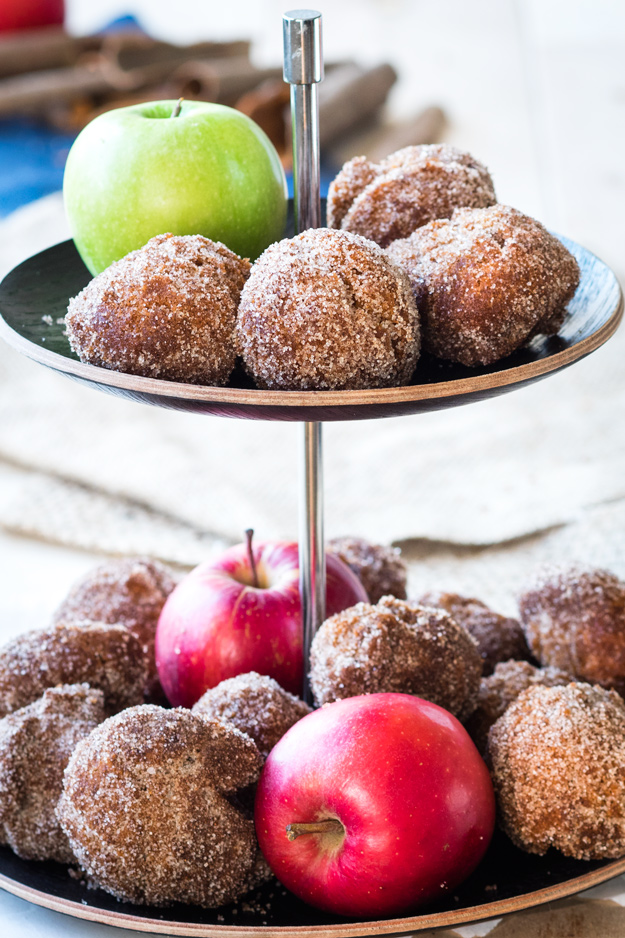 You wouldn't be able to eat these in one bite (unless you're my husband), so I wouldn't recommend trying. These apple cider donut balls are so tender that they might even break when you bite into it, leaving cinnamon sugar all over your face and fingers. Enjoy every moment of it, and don't be shy to smack your lips and lick your fingers after each bite. 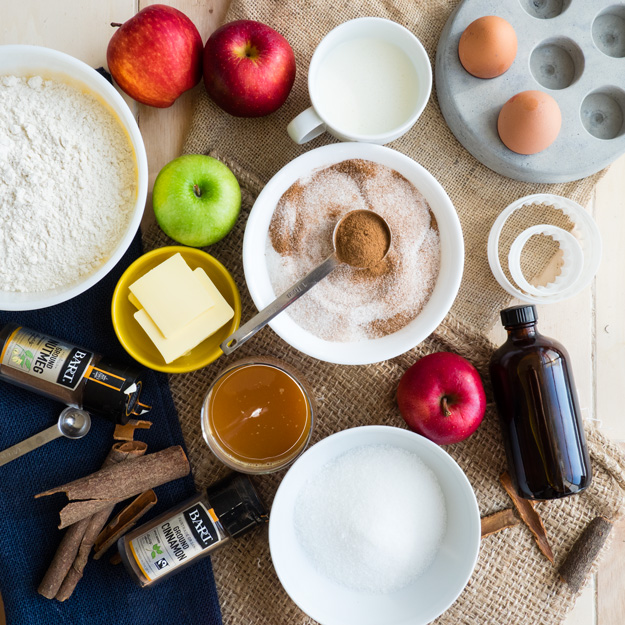 These apple cider donut balls came as a bit of a surprise to me. I was about to roll out the dough to cut out actual donuts, when I like to think a stroke of genius hit me (or to be perfectly honest, laziness). I picked up my cookie scoop, and *tada*! Initially, my plan was for donut holes, but my cookie-scoop (which holds 2 tablespoons) ended up forming giant donut holes. The dough puffed up so much once I dropped it in the oil to fry, so here we are with the newly invented donut balls. 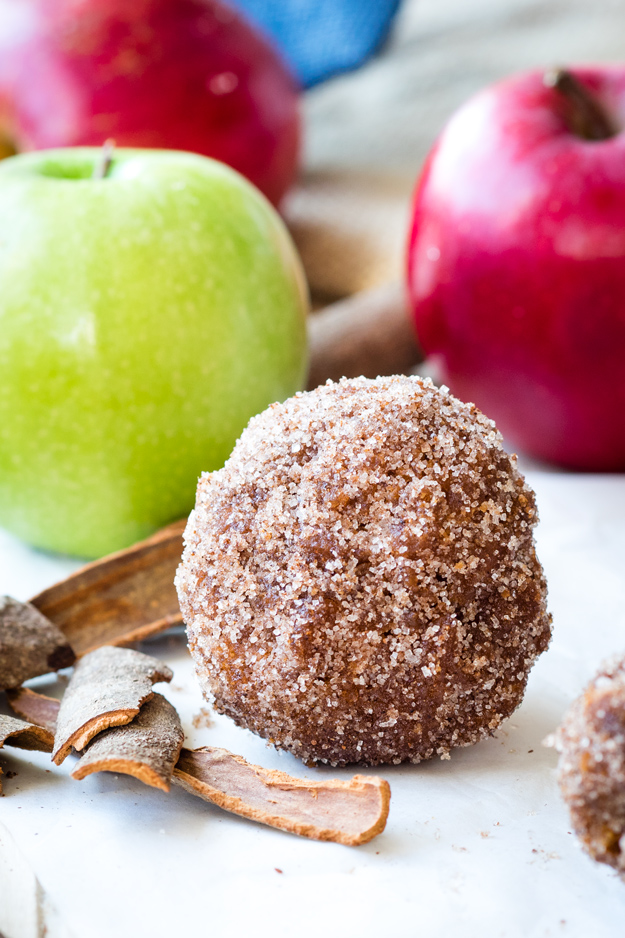 Using a cookie scoop means that the dough doesn't need to be rolled out, which is a good thing for keeping these donut balls soft and tender. To keep a light cake-like texture, you need weak gluten strands. Gluten strands are developed by stirring, mixing, kneading and otherwise handling the dough, such as rolling it out. By eliminating the need to roll out the dough, we're making sure that the dough isn't over handled, and the gluten strands won't be overdeveloped. You end up with a melt-in-your-mouth donut. So not only are they quicker and easier to make than actual donuts, but they're also incredibly moist, soft and tender. Yum. 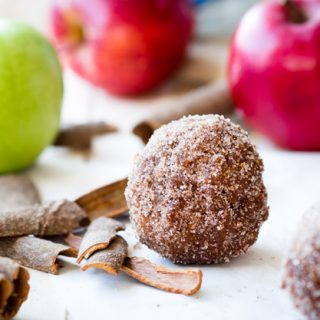