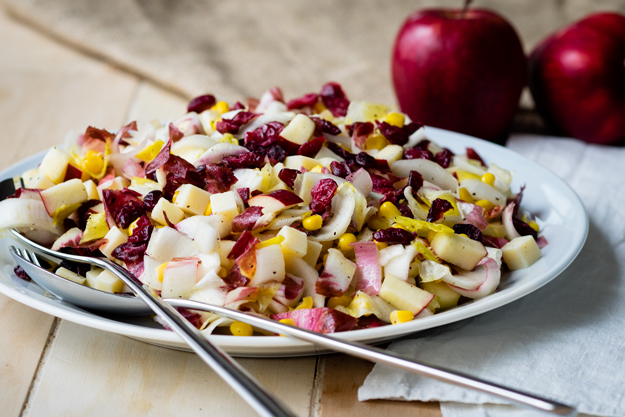 Happy November! Can you believe it is here already? It also means we've been in the midst of apple season, one of the best times of the year for recipes.

I hope you've been able to make it to a few farmers' markets to pick up bushels of apples and jugs of fresh-pressed apple cider already.

And if you have apple orchards in your area, I hope you've been down to do some of your own apple picking - it's one of the things I miss most since we moved to London. A true crispy Midwest apple beats out a tart British apple any day. 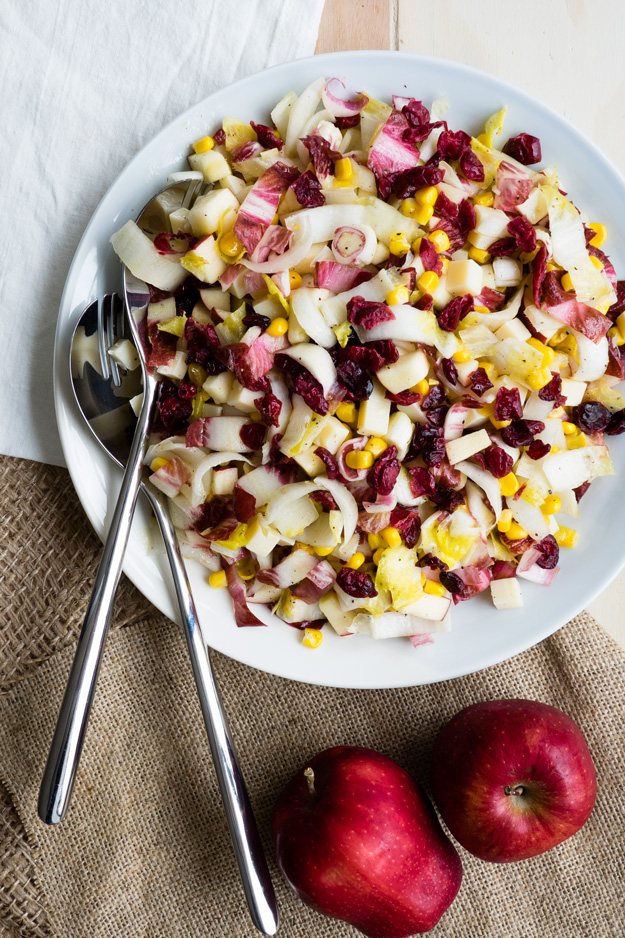 Nonetheless, I've been enjoying every moment of apple season here. First up, I made these giant apple cider donut holes -- which I'm calling donut balls, because well, donut "holes" just don't do it justice.

Today, I want to share with you a beautiful fall salad that is stunning when set out on the table.

This Apple and Endive Salad is one of my favorite salads, and it's one of my signature dishes I make for both Thanksgiving and Christmas (did I really mention Christmas already?!). 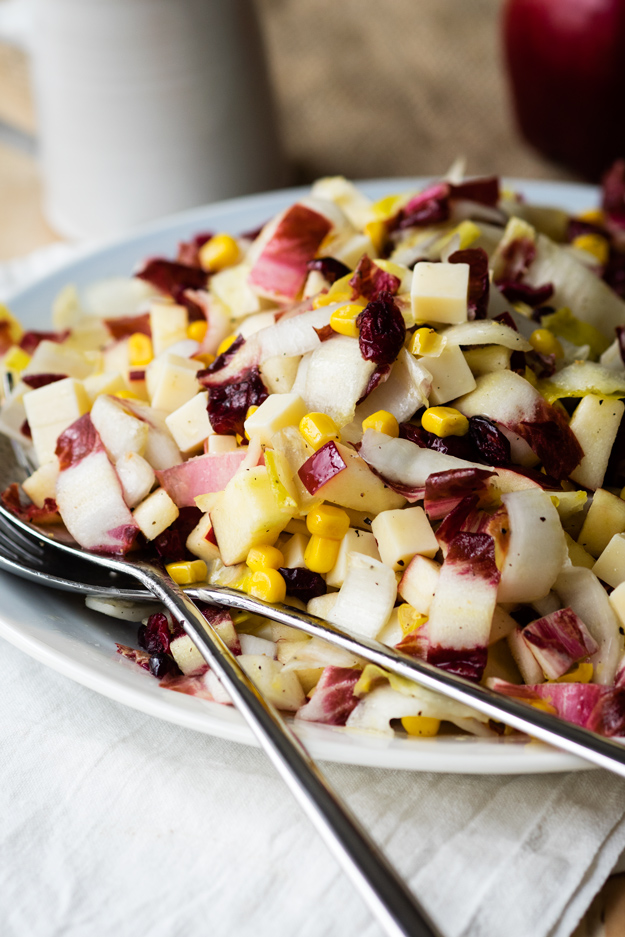 If you can, serve it on a large platter because it's one of those salads that is both a feast for the eyes and the stomach. 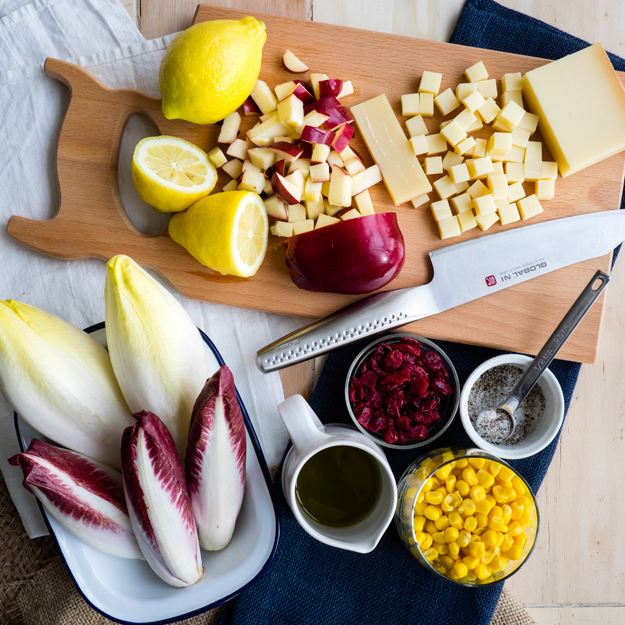 I'm one of those cooks that often likes to substitute ingredients in a recipe, especially if I happen to run out of something (if you do too, way to go for being creative!).

In this case though, I'm going to be adamant that gruyere cheese is a must in this recipe. The gruyere adds a complex layer of savoriness to this Apple and Endive Salad, but doesn't overpower any of the other flavors.

Don't you dare try to make this with cheddar, or any other cheese you might happen to have in the fridge!! Not this time! 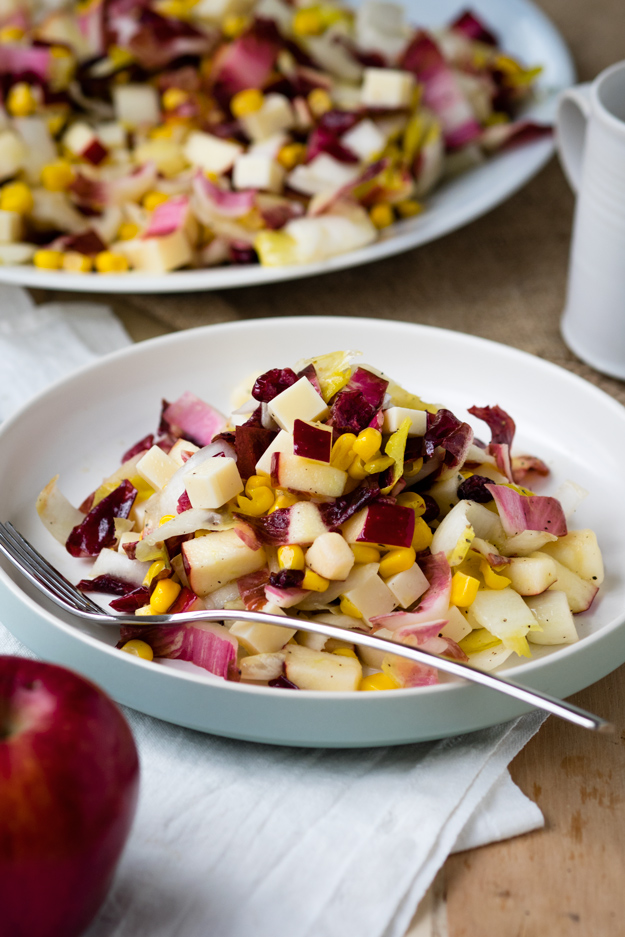 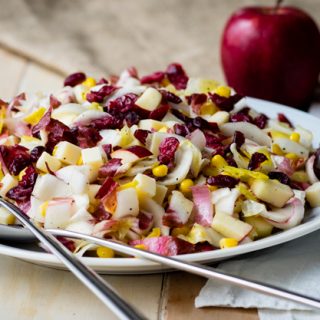 Recipe adapted from Food Network.
Course: Salad
Author: The Worktop
Cal : 323kcal
Note: Nutrition information is a rough estimate.
Love this?I would appreciate a star review! Snap a picture and share it with me on Instagram using #theworktop and tagging me @theworktop. 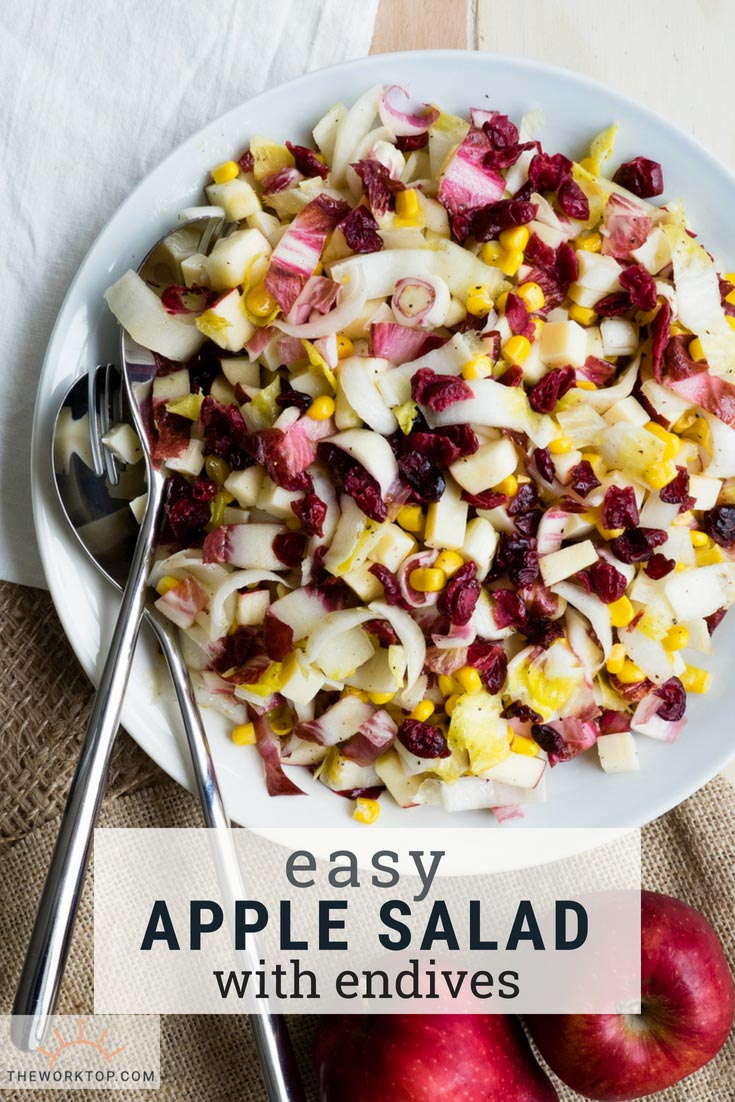