This Brown Butter Almond Milk Waffle is so perfect served with just a sprinkle of powdered sugar, a handful of raspberries, and a touch of butter and syrup. The richness of the brown butter, and the nutty taste of the almond milk are the star features of this waffle. 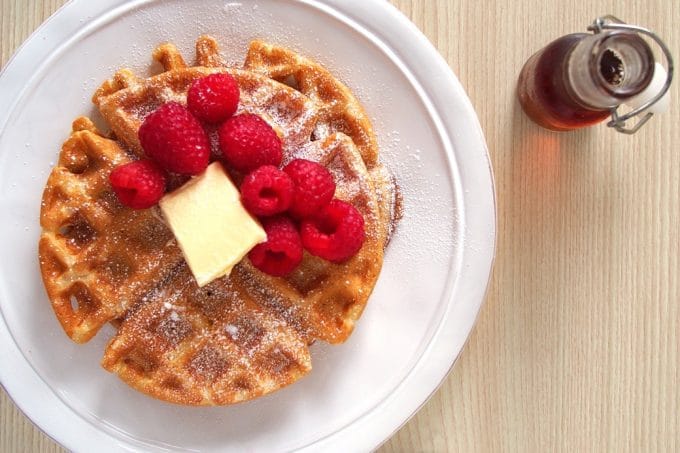 Serve these Brown Butter Almond Milk waffles with just a sprinkle of powdered sugar, a handful of raspberries, and a touch of butter and syrup!

The waffles stand alone beautifully because it is packed with the richness of the brown butter and the nutty taste of the almond milk. 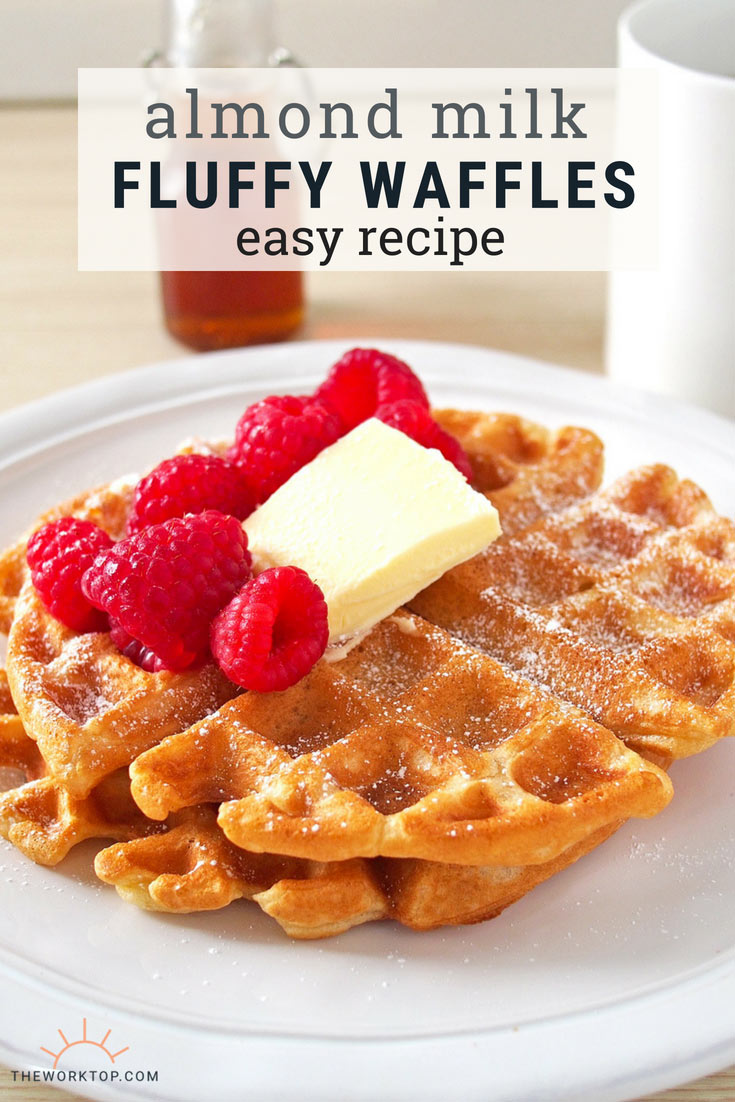 Browned butter is also known as beurre noisette in French, which translates into "hazelnut butter". Brown butter is a wonderful way to add depth of flavor into any dish that you are cooking or baking.

As the butter browns, it starts to take on the flavor and aroma of toasted nuts. Pairing this "hazelnut butter" with the nutty taste of almond milk creates a waffle that carries itself on its own.

Be careful when you are browning the butter so not to burn it. I prefer to use a skillet that has a light-colored interior so I can see the color of the butter as it browns. But you can also try a stainless steel skillet or saucepan.

Using a dark-colored nonstick pan makes it difficult to judge the color as the butter browns, so you'll have to be extra careful. Stir frequently, and watch the time. It should take no more than 6 minutes on medium to medium-high heat. 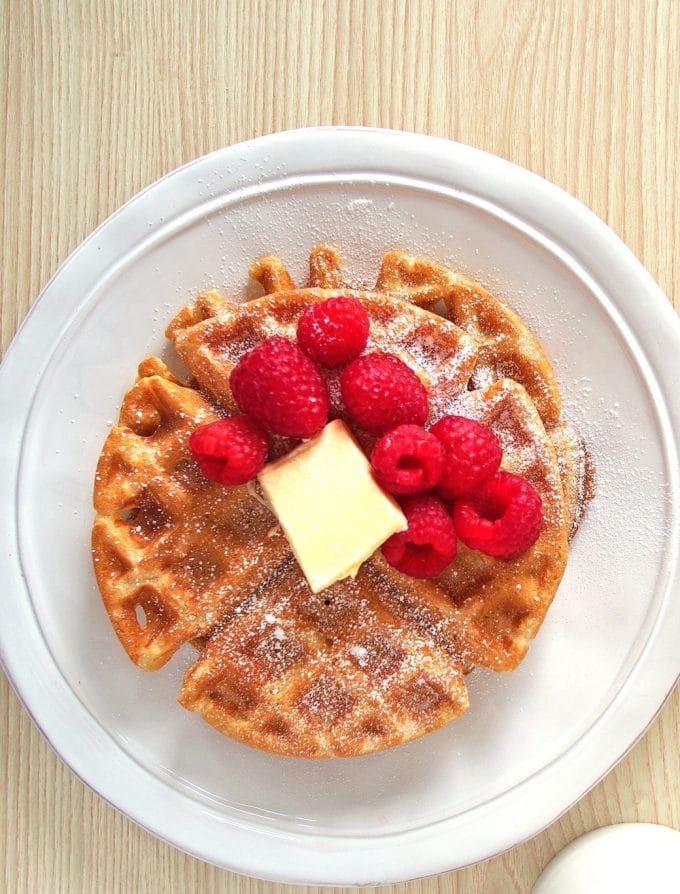 Typically when I make waffles (especially on my lazy Sunday mornings), I just beat the eggs together and chuck all the ingredients into one bowl.

You might do that too, and you'll agree with me that you can make perfectly tasty waffles without separating the egg whites, beating them into soft peaks, then folding them into the waffle batter at the last step.

By beating the egg whites separately, then folding them back into the waffle batter, you get almond milk waffles that are lofty inside

But here, since this recipe is for simple Brown Butter Almond Milk waffles that shine standing alone, you'll thank yourself if you take that extra step to beat the egg whites separately into soft peaks before folding it back into the waffle batter. It aerates the batter a bit more, and creates a waffle that is so lofty on the inside and perfectly crispy on the outside. 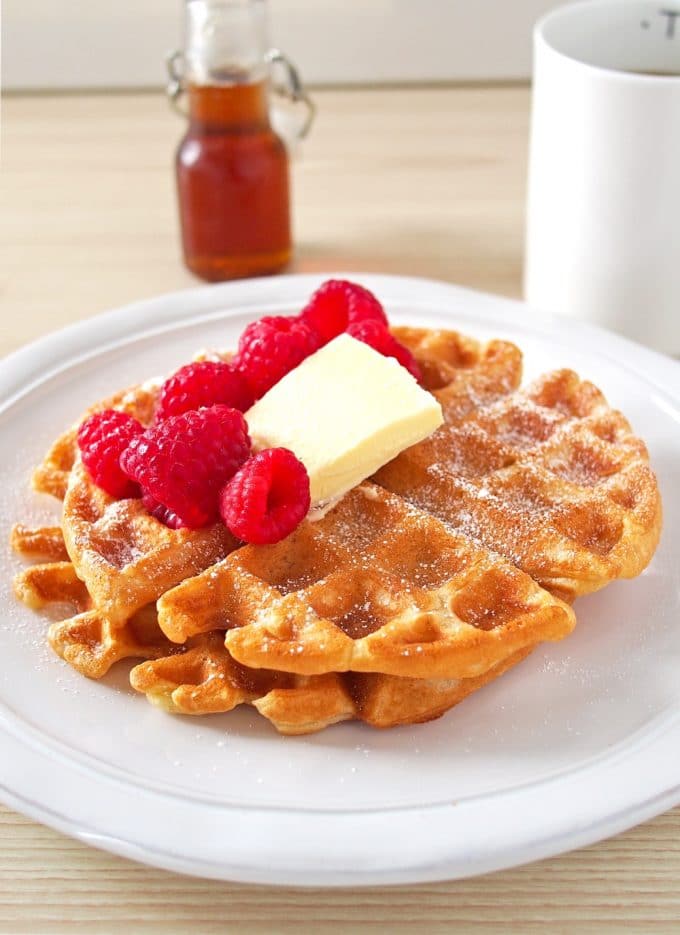 With the rich brown butter, nutty almond milk, light and fluffy inside and perfectly crisp exterior, you'll want to use just a touch of maple syrup and keep the toppings simple on this Brown Butter Almond Milk Waffles!

Don't forget the extra pat of butter on top of the waffles though. I really hope you enjoy this waffle recipe for breakfast! It's perfect for the entire family, and kids love them too! 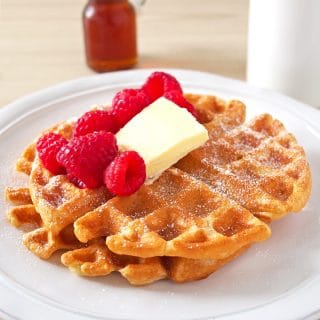 To determine if a waffle is done, watch the steam escape from the waffle maker. When the steam becomes very thin and almost stops, the waffle will be ready. Once the steam completely stops, the waffle will be well-done.
Course: Pancakes and Waffles
Author: The Worktop
Cal : 277kcal
Note: Nutrition information is a rough estimate.
Love this?I would appreciate a star review! Snap a picture and share it with me on Instagram using #theworktop and tagging me @theworktop. 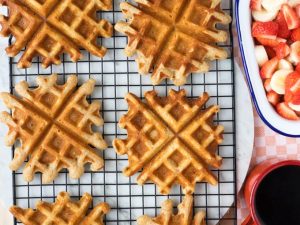 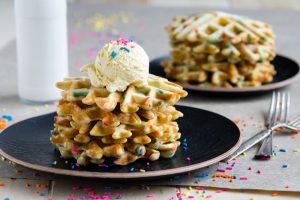 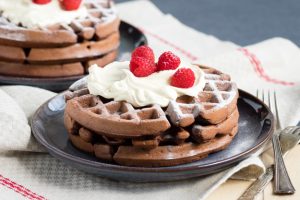 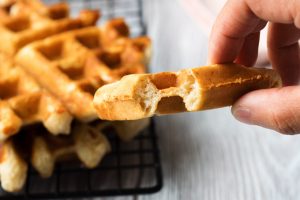 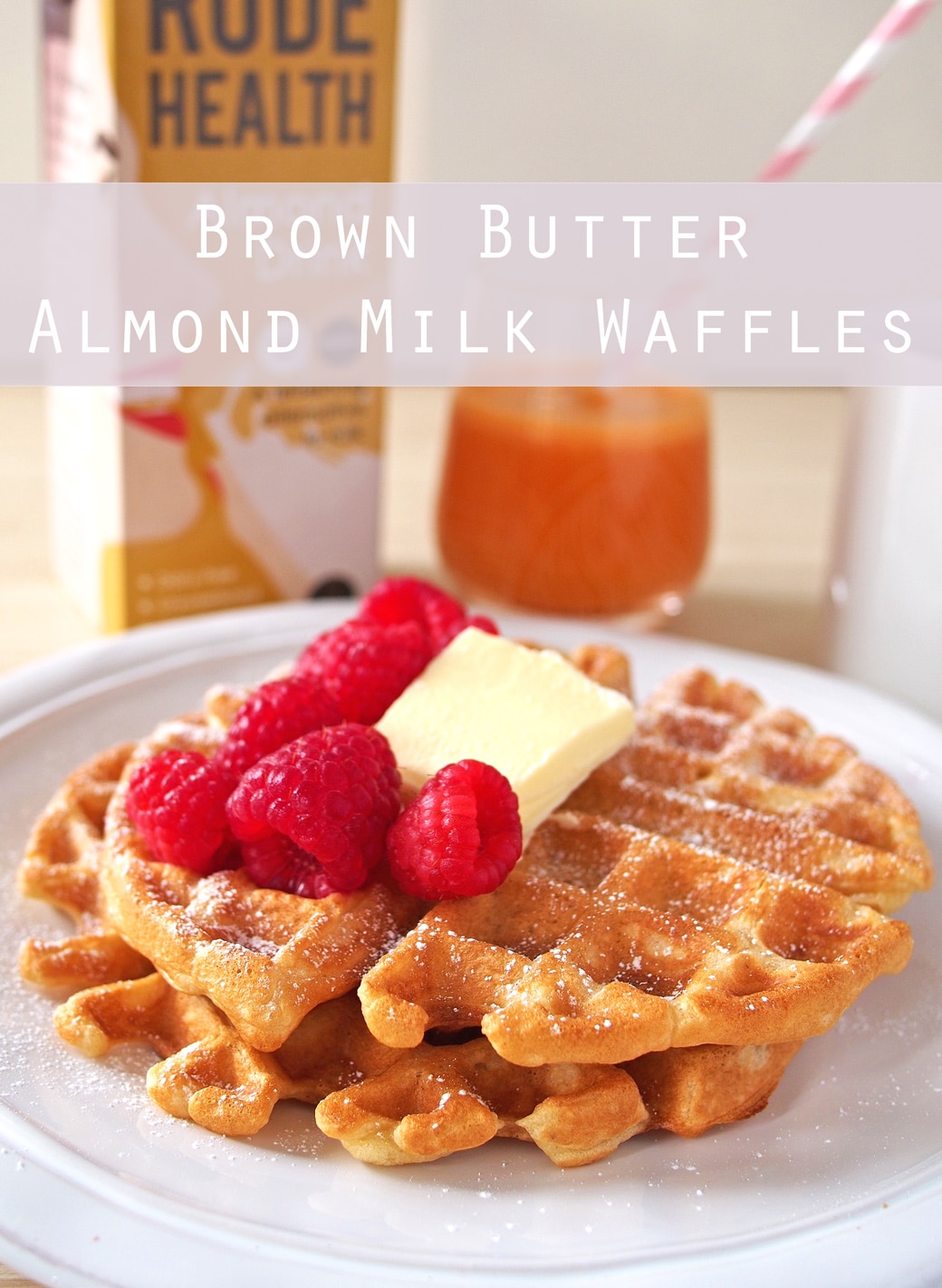