The first month of this year went by in such a whirl!  I've just realized that I'm so far behind on posting in 2014.  It's not that I haven't been cooking and developing recipes, but I've definitely gotten off a schedule of cooking either during the daylight hours, or cooking enough to save some to photograph the next day.

Since Chinese New Year was last weekend, and I've been excited about it for months, I knew I had photograph something I was making for the celebration (before the sun went down or before Jonathan and I devoured it). 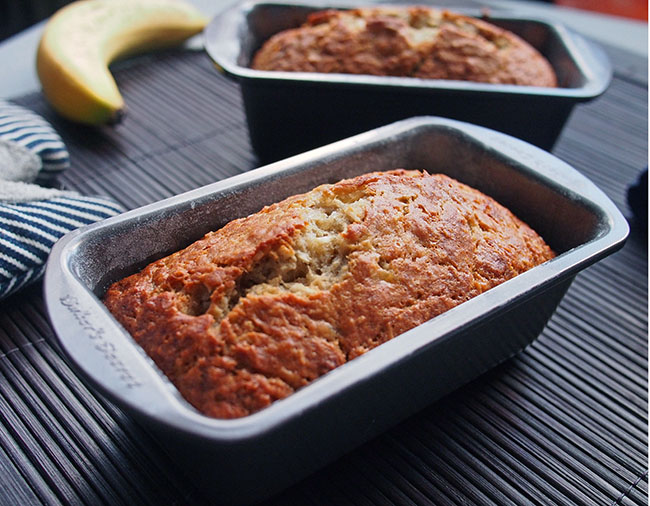 I was set to use red beans as an ingredient, since it's traditionally used in Chinese desserts and red colour symbolises good fortune.  A few years ago, I discovered this recipe for Nian Gao Cupcakes frosted with Red Bean Buttercream on The Cupcake Project.  I made it then, and loved it.  This year, I wanted to take the red bean buttercream frosting and top it on something new.

Banana bread isn't traditionally a Chinese treat, but I thought bananas would serve as a good base for the red bean buttercream, and bring a nice muted fruitiness to the table.  The idea for the coconut came when I started thinking about how I could get some sweetness in the bread, but use less sugar that most banana bread recipes. 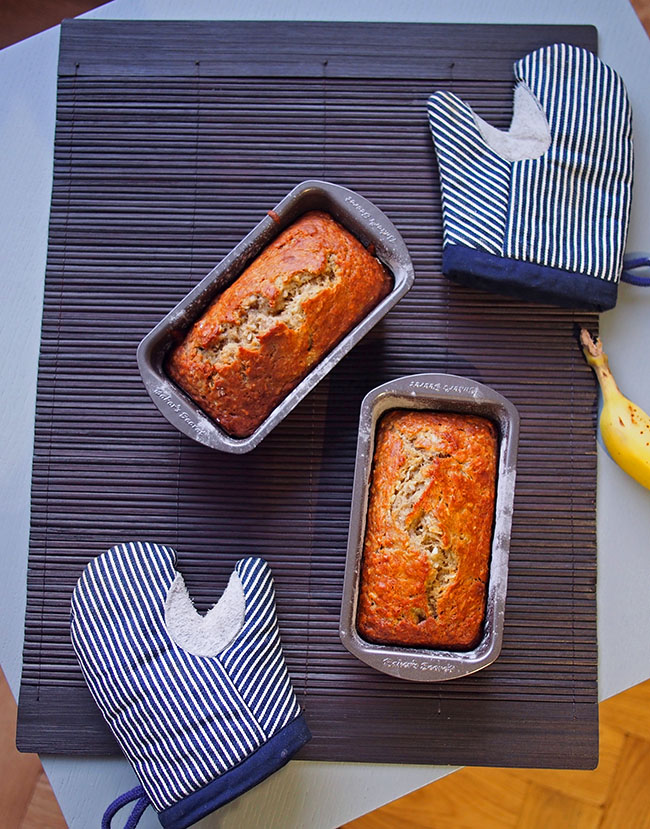 The recipe for the bread is very simple, and is based on this 10 Minute Banana Bread from The Fresh Loaf.  I split the batter in half and baked 2 mini loaves, so the bread would cook and cool faster.  If you look at the photo above, you'll see that the pans only look normal sized because the oven gloves are mini too!  While the bread was baking, I made the red bean buttercream, and chilled it in the refrigerator before frosting the banana breads. 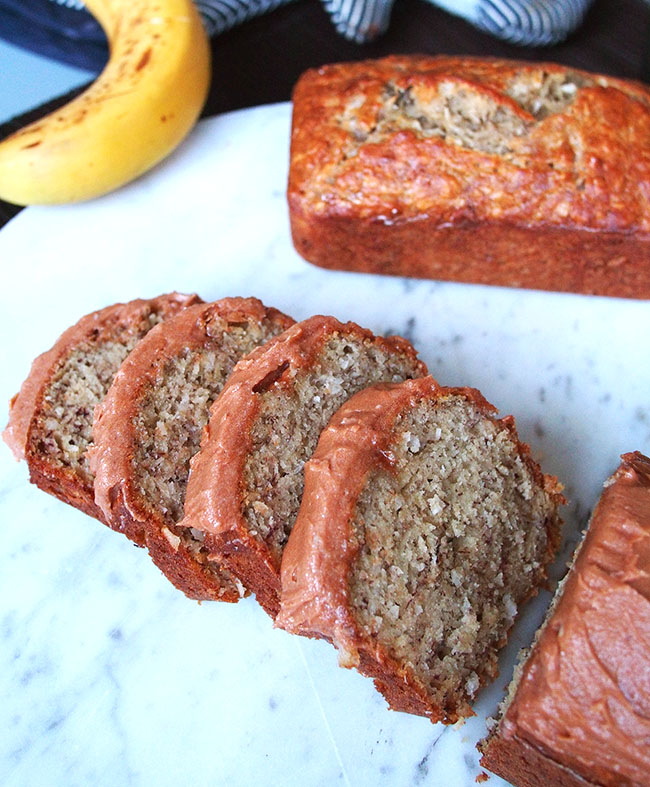 Preheat the oven to 175C. Grease pan(s) with butter and lightly dust with flour.

In a medium sized bowl, mix the butter, eggs, coconut and sugar together. Mix in the bananas. In a separate bowl, mix the flour, salt, baking soda and baking powder together. Gently fold the dry ingredients into the butter mixture.

Pour the dough into greased baking pans and bake for about 30 minutes for the mini loaves, or 50 minutes for a regular sized loaf. The bread is done with a toothpick inserted into the middle of it comes out clean.

Remove the pans from the oven and let the bread cool.  Once cooled, the bread should come out of the pan easily.  Allow the bread to fully cool before frosting.

Beat all the ingredients together until smooth. Refrigerate for at least 30 minutes before frosting.