Folks, I'm embracing the Britishness! Today it hits again because I'm sharing with you a classic British breakfast that I've fallen in love with eating. This is often called boiled eggs and soldiers, but I prefer the name dippy eggs because well, that's exactly what it is! A soft-boiled egg with a runny yolk for dipping thin pieces of bread (the soldiers) into. Dippy eggs! 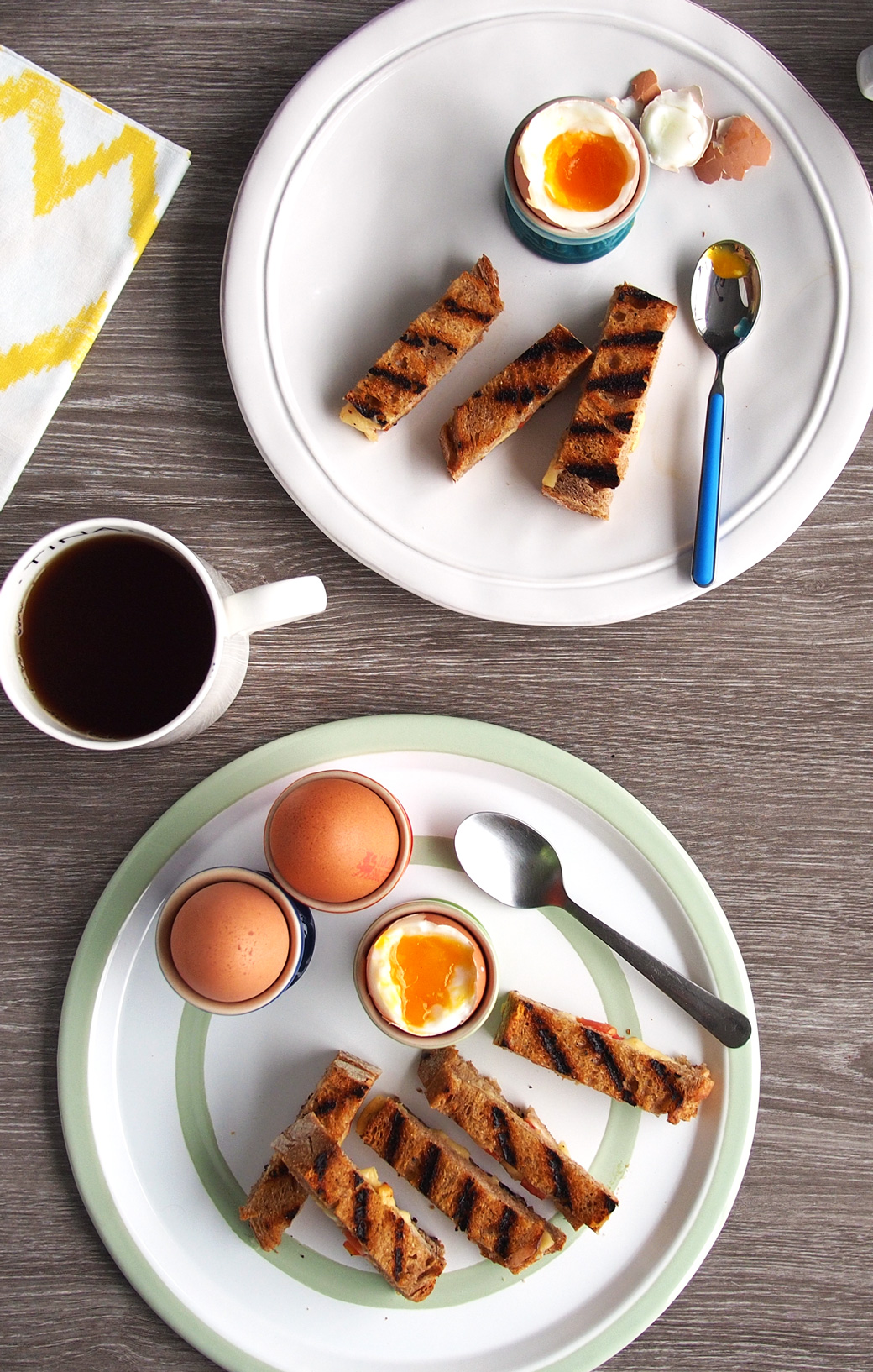 Cultural influences just sneak up on you, and I guess now is about when I'll probably start calling my cellphone my mobile (remember that Friends episode when Monica's and Phoebe's friend, Amanda Buffamonteezi, returned from London?). Forgive me Americans, but I'm not doing it just to sound cool ;) Yesterday was the first time I realized that I was actually becoming a bit more British when I stumbled over the spelling for Savory Muffins. Is there supposed to be an extra 'u' to make it a savoury muffin? Everything here is just starting to become a bit more familiar. 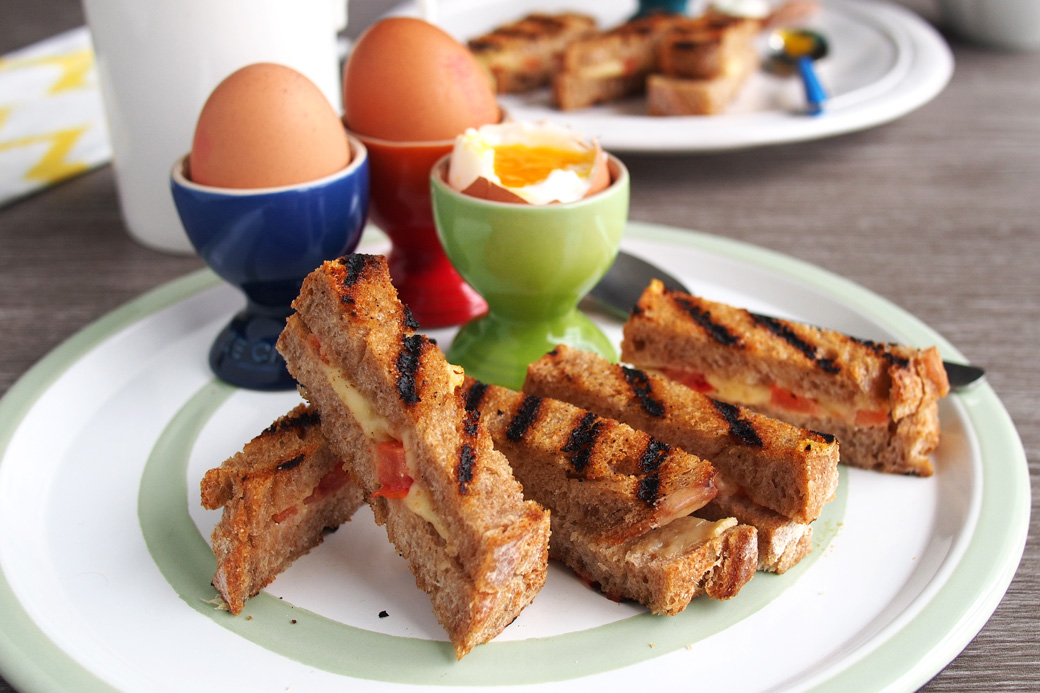 I did a bit of asking around why these are actually called eggs and soldiers. The best explanation I got was that the strips of bread are lined up like soldiers. There are some vague Humpty Dumpty explanations floating around too. Humpty Dumpty is supposed to be the dippy egg while "all the kings men" are the soldiers. An even stranger explanation I heard though, is that when you dip the strips of bread into the dippy egg, it looks like an upside down Beefeater (those iconic guards outside the Tower of London). What do you think? 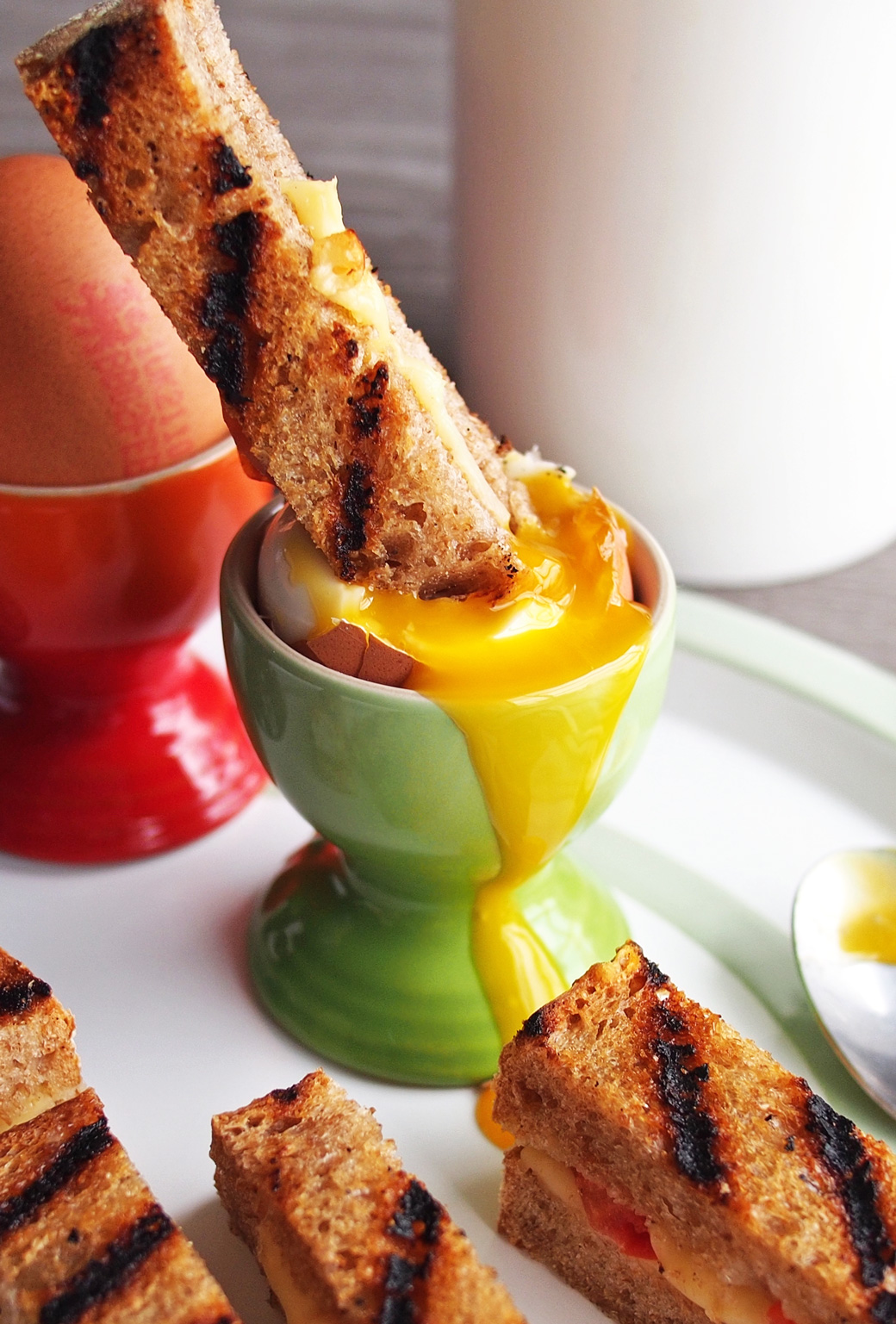 This recipe is made with grilled cheese soldiers because cheese just makes it that much more yummy! To be honest, I don't think I'm fully integrated yet into the British culture because I love putting cheese on everything. And whenever I start piling on the cheese, they all start going off about how Americans put cheese on everything. Ha! I laugh at that because it strikes so true in my own life :) I don't know if it really is an American thing, or just a me-thing, but it is a d-e-l-i-c-i-o-u-s thing!

So here you go, a twist on the British classic dippy eggs and soldiers. Give it a try with grilled cheese and you won't regret! Plus, if you run out of the dippy egg, the grilled cheese soldiers are good on their own. There's a little less cheese than I would normally put in a grilled cheese sandwich, but that's intentional because otherwise the cheese overpowers the yolky goodness from the dippy egg. 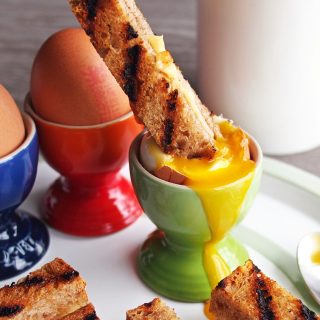 To make the grilled cheese soldiers

To make the soft-boiled eggs

To serve the Dippy Eggs and Soldiers

This recipe is for one serving, but you can easily scale up if needed.
Course: Eggs
Author: The Worktop
Cal : 313kcal
Note: Nutrition information is a rough estimate.
Love this?I would appreciate a star review! Snap a picture and share it with me on Instagram using #theworktop and tagging me @theworktop.
« Savory Muffins with Parmesan, Bacon and Spring Onions
Orange Pecan Baked French Toast (Guest Post) »