I was going through T-Swift's new album listening to her sing about sbux lovers while writing this blog post, and I know I heard her sing "taters gonna tate tate tate tate"!

Is this just my fantasy playing out ... brunch with T-Swift? Just kidding (I think). My co-workers here call me the president of the T-Swift fan club in the UK. What is with British people and being taters?

Ok, I set that pun up myself because there are so many actual taters in the U.K. According to BBC Good Food (which is, I think, the British food bible), Brits eat 130kg (286 pounds) of taters each year. That's 286 pounds! Which is more than me and Jonathan's weight combined! Americans, on the other hand, eat (only a mere) 143 pounds a year. That means Brits eat over twice as many spuds as the average American. So, yes, to my British friends who make fun of American eating habits, I found something that you guys eat more than we do! ;) 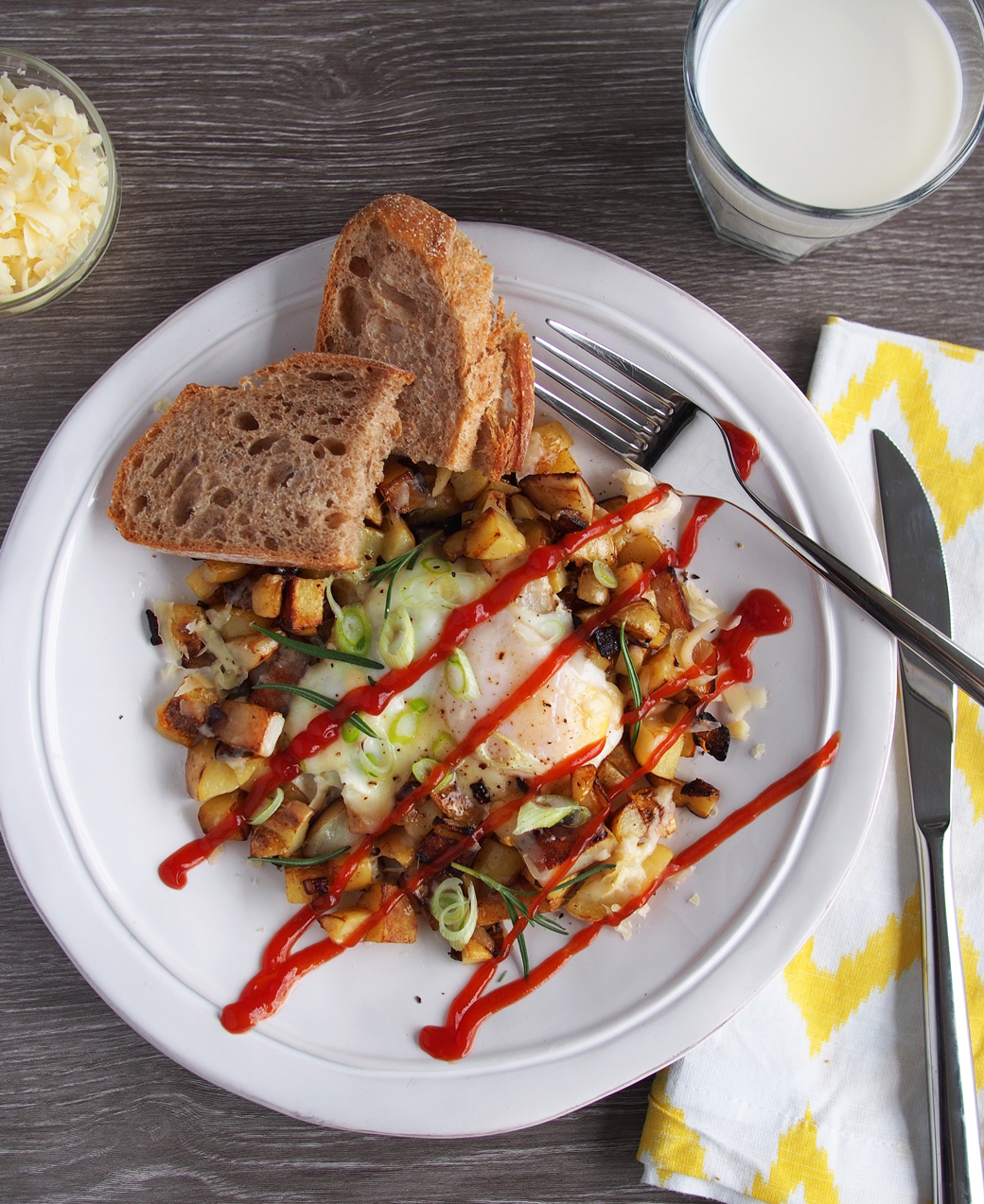 But I love spuds so much that I'm happy to be in my new home. I can double my intake of spuds this year and still be in the norm. And with that, I've got my new years resolutions set: 1) Eat twice as many potatoes as I did last year.

This recipe makes delicious homestyle potatoes, and in a country that eats so many potatoes, I'm surprised I haven't been able to find it on a restaurant menu yet. Is this the best skillet potatoes you can throw at me, Britain? Well, I'm going to throw Skillet Potatoes and Eggs at you! And for good American effect, I threw on a handful of grated cheese on top. 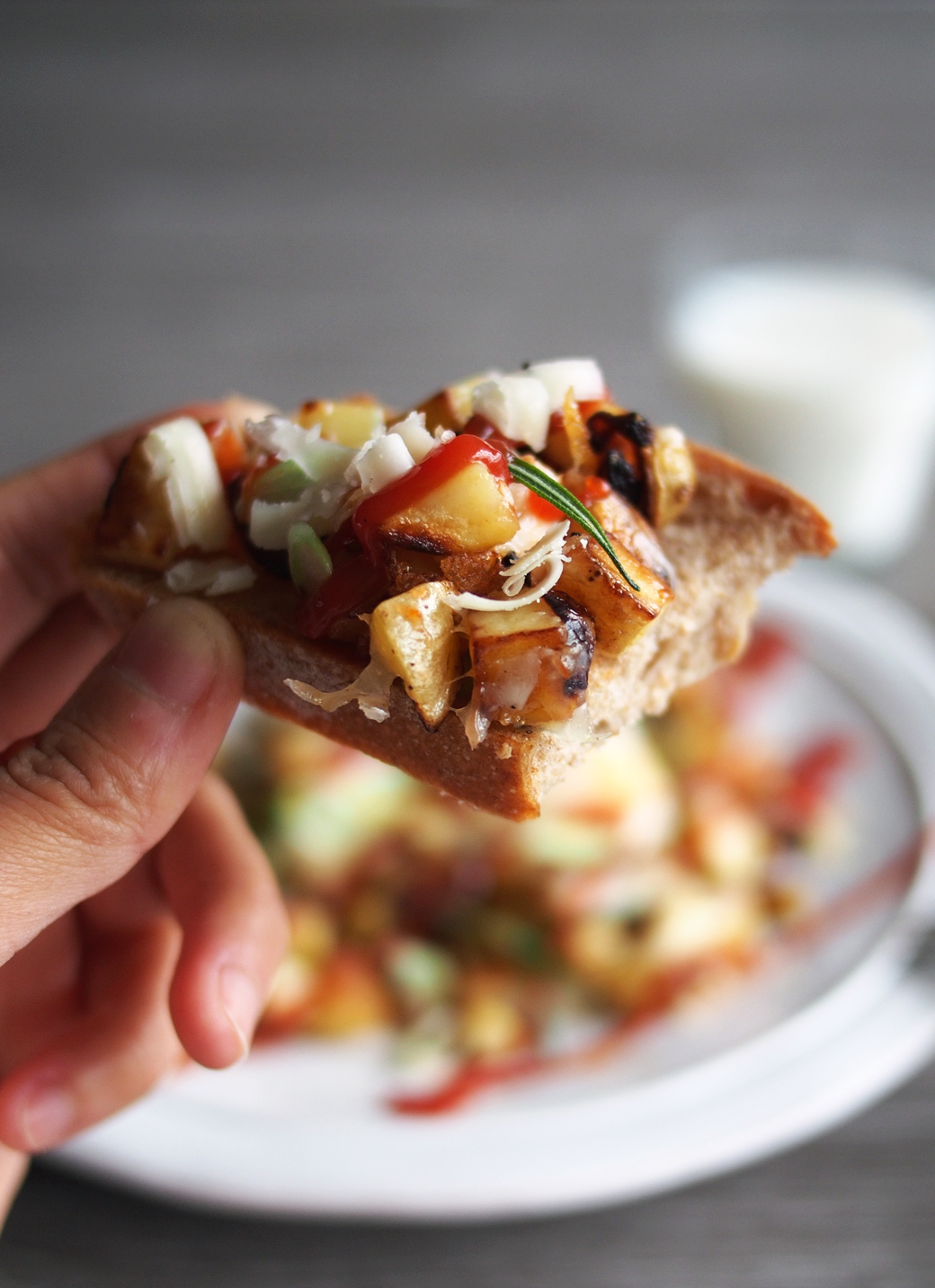 I kept the egg in this a bit runny, so when you poke it, it'll start to ooze out. Serve this dish with some bread, so you can dip it in the yolk, or give the potatoes a good mix for some more flavor. Of course, ketchup is a must for me when it comes to eggs and potatoes, so drizzle it on. 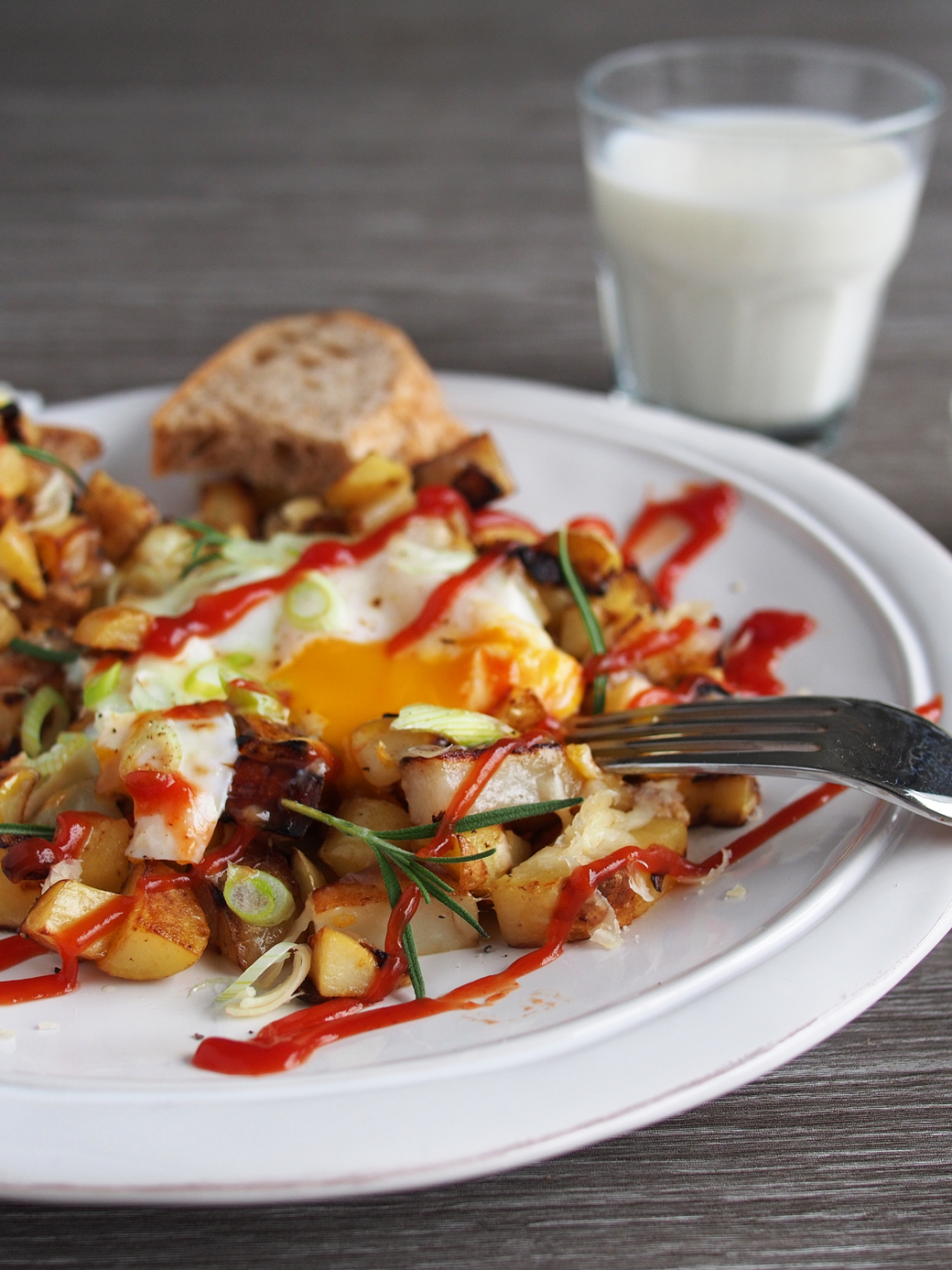 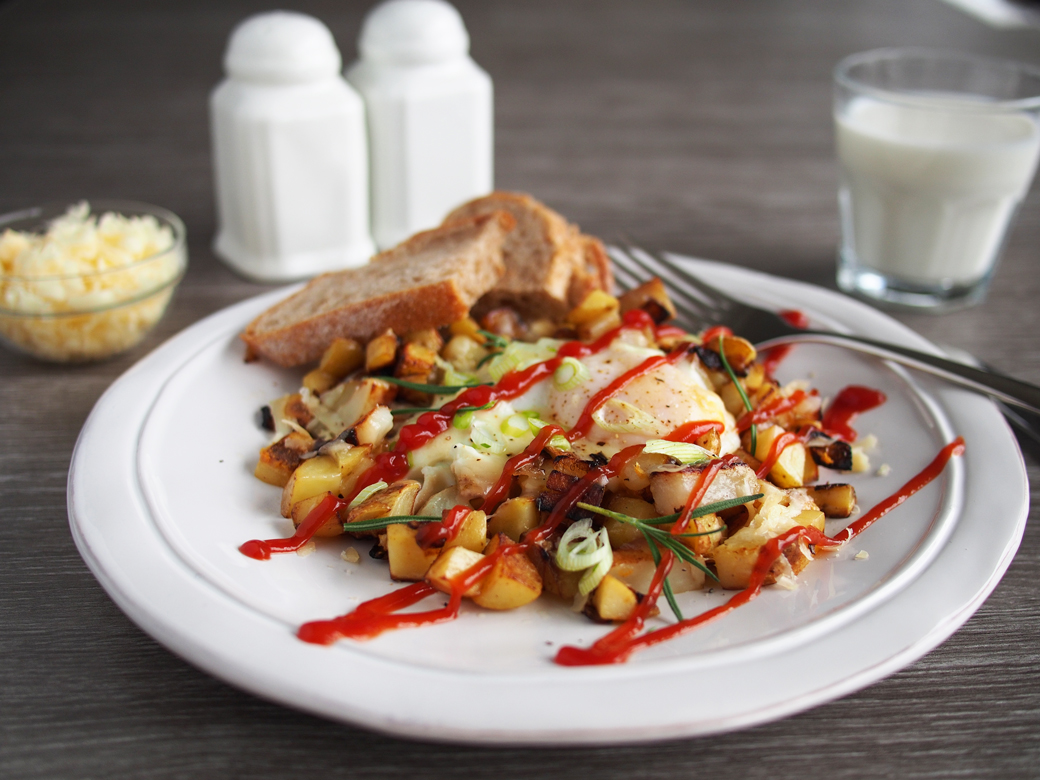 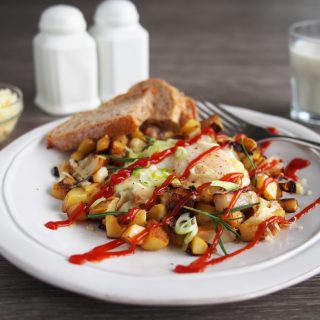 5 from 2 votes
Print Recipe Save RecipeSaved!
Serves: 1
Prep: 5 mins
Cook: 8 mins
Total: 13 mins
This recipe makes one plate, but you can easily double the recipe to make additional servings.

Course: Eggs, Savory
Author: The Worktop
Cal : 250kcal
Note: Nutrition information is a rough estimate.
Love this?I would appreciate a star review! Snap a picture and share it with me on Instagram using #theworktop and tagging me @theworktop.
« A Simple Everyday Salad Dressing
Maple Oat Biscotti »