Why did the boy get no breakfast?

He waffled around too much! 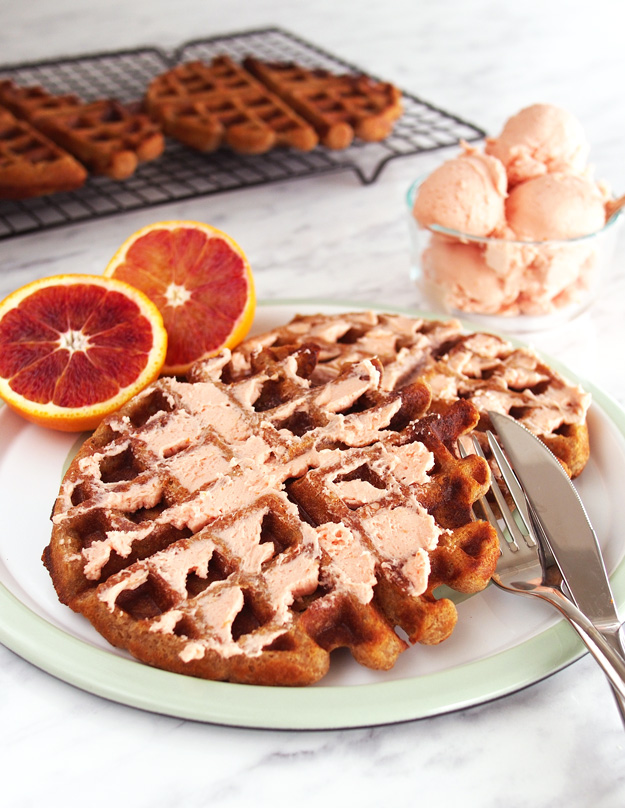 1. This waffle recipe uses 100% sprouted buckwheat, meaning you get all the benefits of buckwheat. Just to name a few, buckwheat is rich in nutrients and vitamins, high in protein, and a good source of fiber. 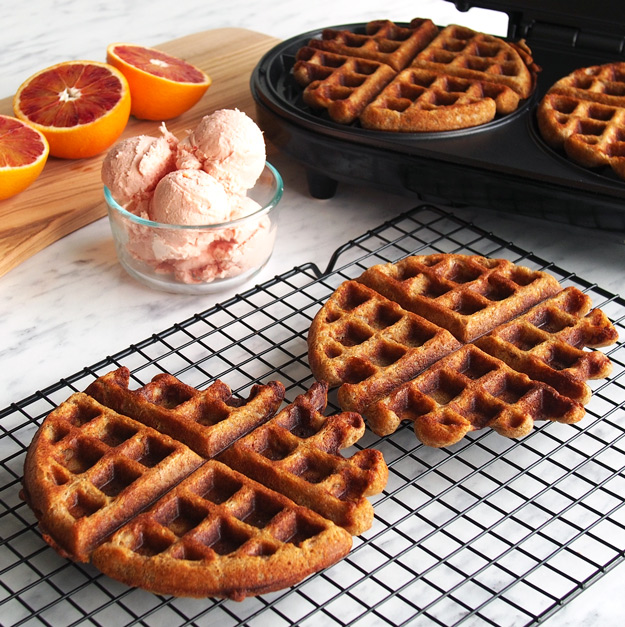 3. While buckwheat is often thought of as a grain, it's actually the seed of a flowering plant related to rhubarb (interesting!). As such, this is a gluten-free waffle recipe.

4. There are no refined sugars in this buckwheat waffle recipe. This recipe uses coconut palm sugar, which is made from the sap of the coconut palm flower. Coconut palm sugar is handled in a more natural way than regular sugar. You can find ones that have not been bleached, filtered or processed. 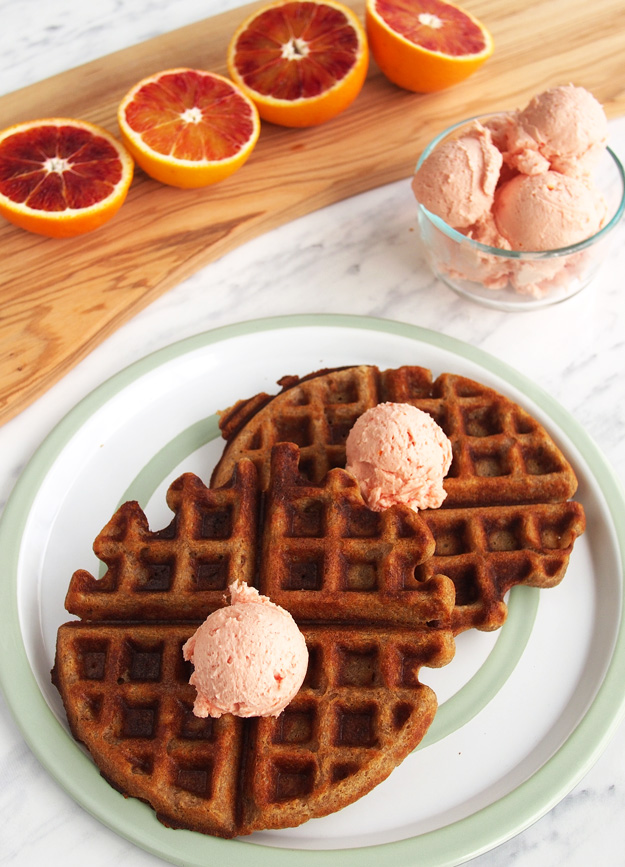 5. This recipe uses unrefined coconut oil, instead of butter. I'm a huge fan of butter (see the blood orange whipped butter that's slathered on the waffle?), but using unrefined coconut oil (and coconut palm sugar) in this recipe mutes the distinctive taste of buckwheat flour. I liked the earthy flavor of the Rude Health Sprouted Whole Buckwheat Flour that I used, but sometimes buckwheat flour can have a grassy or bean-like flavor.

6. Perhaps I should have led with reason number 6, but these buckwheat waffles are delicious! Like all must-have waffle recipes, they are crispy on the outside and fluffy and light on the inside. The color of the buckwheat flour also gives these waffles a beautiful brown glow. 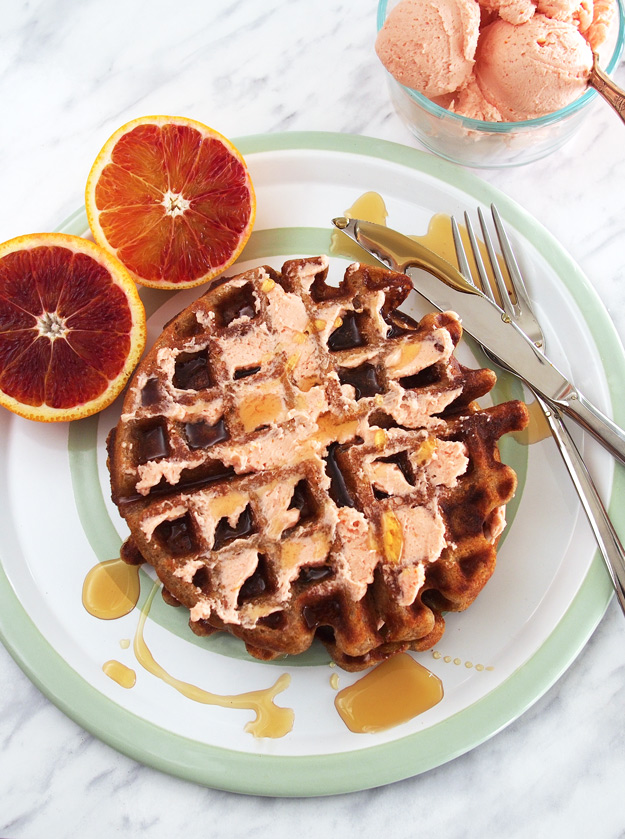 Hopefully I've convinced you to make these waffles - don't waffle around too much ;) 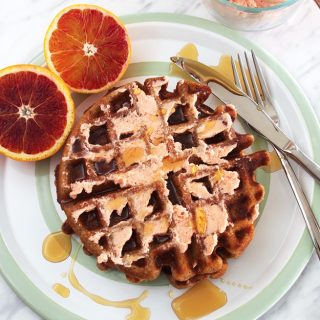 5 from 3 votes
Print Recipe Save RecipeSaved!
Serves: 4 waffles
Prep: 5 mins
Cook: 10 mins
Total: 15 mins
This buckwheat waffle recipe is light and fluffy on the inside and crisp on the outside. It uses 100% buckwheat flour and is gluten free. It is also free from refined sugars and only lightly sweetened with coconut palm sugar.

To determine if a waffle is done, watch the steam escape from the waffle maker. When the steam becomes very thin and almost stops, the waffle will be ready. Once the steam completely stops, the waffle will be well-done. Recipe adapted from Cookie + Kate.
Course: Pancakes and Waffles, Waffles
Special Diet: Gluten Free
Author: The Worktop
Cal : 296kcal
Note: Nutrition information is a rough estimate.
Love this?I would appreciate a star review! Snap a picture and share it with me on Instagram using #theworktop and tagging me @theworktop.

Rude Health provided me with the Sprouted Whole Buckwheat Flour and compensated me for the ingredients used in this post.