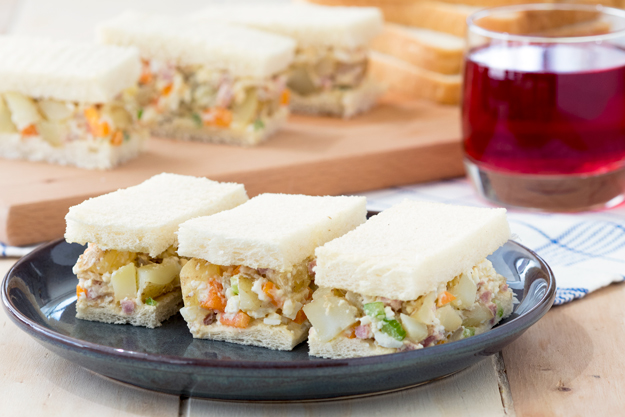 This is the Potato Salad Sandwich recipe from my childhood. We always sandwiched it between two slices of white bread, and asked for the crust to be cut off. I've halved the recipe, but it still makes a giant bowl that lasts me and Jonathan several days. Growing up though, my mom always used the largest pot she had (which was too heavy for me to lift) and at least a dozen eggs every time. I distinctly remember the eggs because I'd always be the one peeling the eggs for her to chop.

As a kid, I thought all potato salads tasted like this one. It's mild and comforting. There is texture from the diced potatoes and a crunch from the celery. The saltiness and chewiness comes from the bits of ham, and the carrots always add a tint of sweetness. I can never taste the egg whites, but I know they add some protein. The crushed egg yolks always stood out though. They made the mayonnaise thicker and less gloopy. 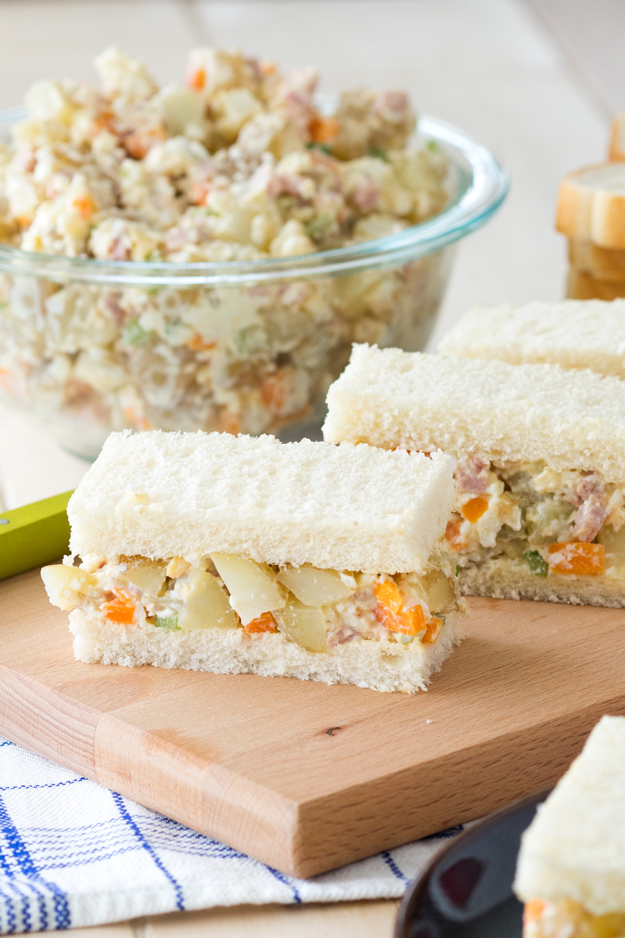 When you're looking for a breakfast that will keep you full through the morning and beyond, this potato salad sandwich will hit the spot! 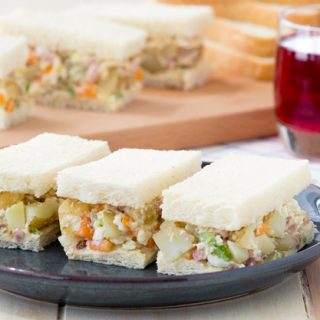 5 from 3 votes
Print Recipe Save RecipeSaved!
Serves: 6
Prep: 20 mins
Cook: 20 mins
Total: 40 mins
This Potato Salad Sandwich is my favorite childhood breakfast! My mom used to make this in huge batches and we would eat it for days. It's incredibly simple, filling and delicious!