Red Bean Smoothie is a sweet, creamy, and unique breakfast. The main ingredient is Asian-style prepared sweet red bean, but the recipe also incorporates some of your standard breakfast fare like banana, yogurt, milk and oats. 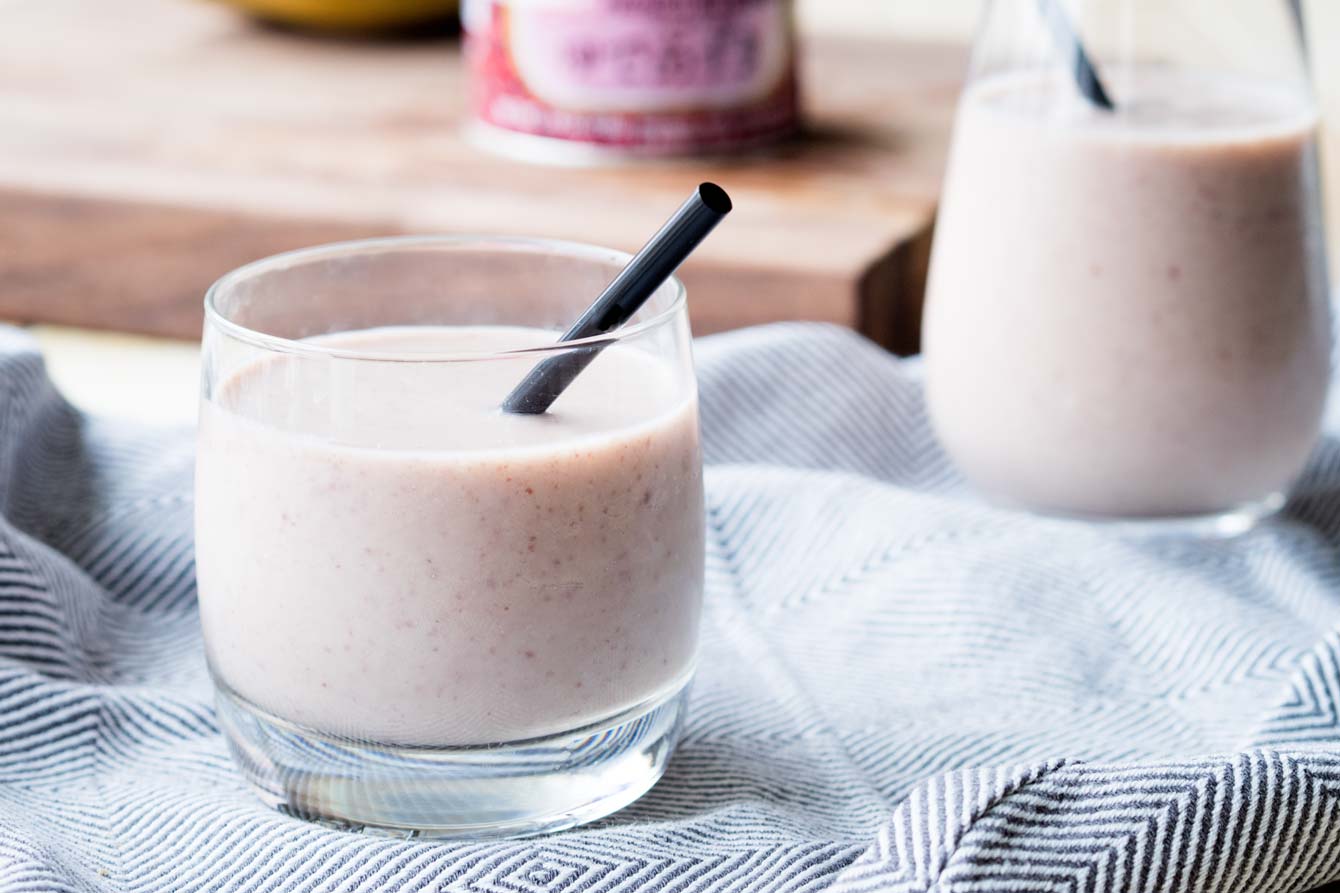 Red Bean Smoothie is often sold as a dessert, and on first sip, you'll understand why. The sweetness of the red bean (plus the banana) will dance all over your taste buds. But behind that initial layer of sweetness, you will taste the short tang from the plain yogurt. The oats also help tame some of that sweetness.

Although the red bean is sweet, it also has some earthy properties, giving the smoothie a thick consistency while adding a unique richness and a bit of grittiness. As a result, the smoothie feels "heavier" than most fruit-only smoothies, and it tends to keep me fuller for longer (a true sign it is a breakfast-worthy smoothie!). 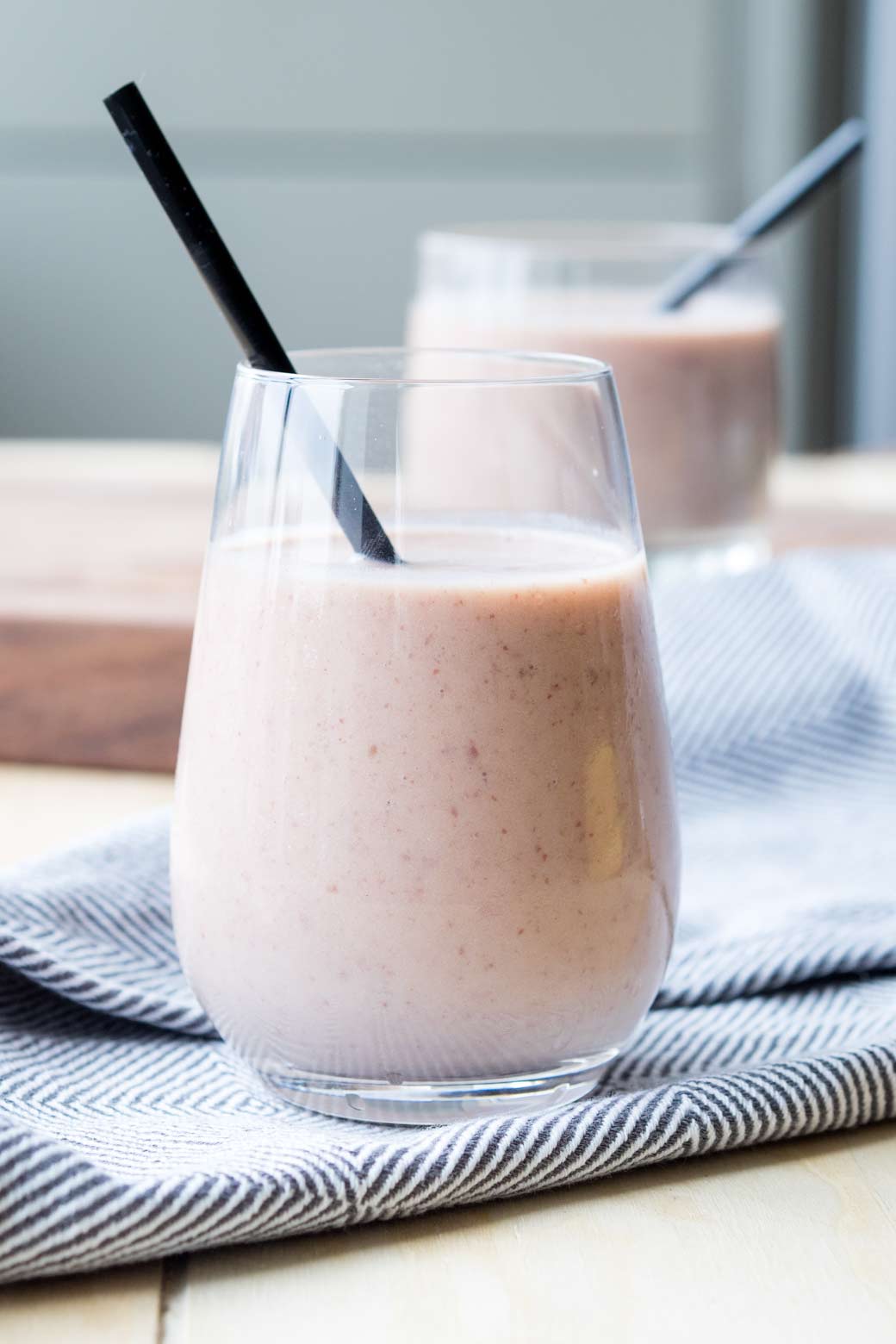 As sweet red bean is a fairly common Asian dessert ingredient, you can usually you can find it sold either in tuna-sized cans or in sealed plastic pouches at any Asian supermarket. 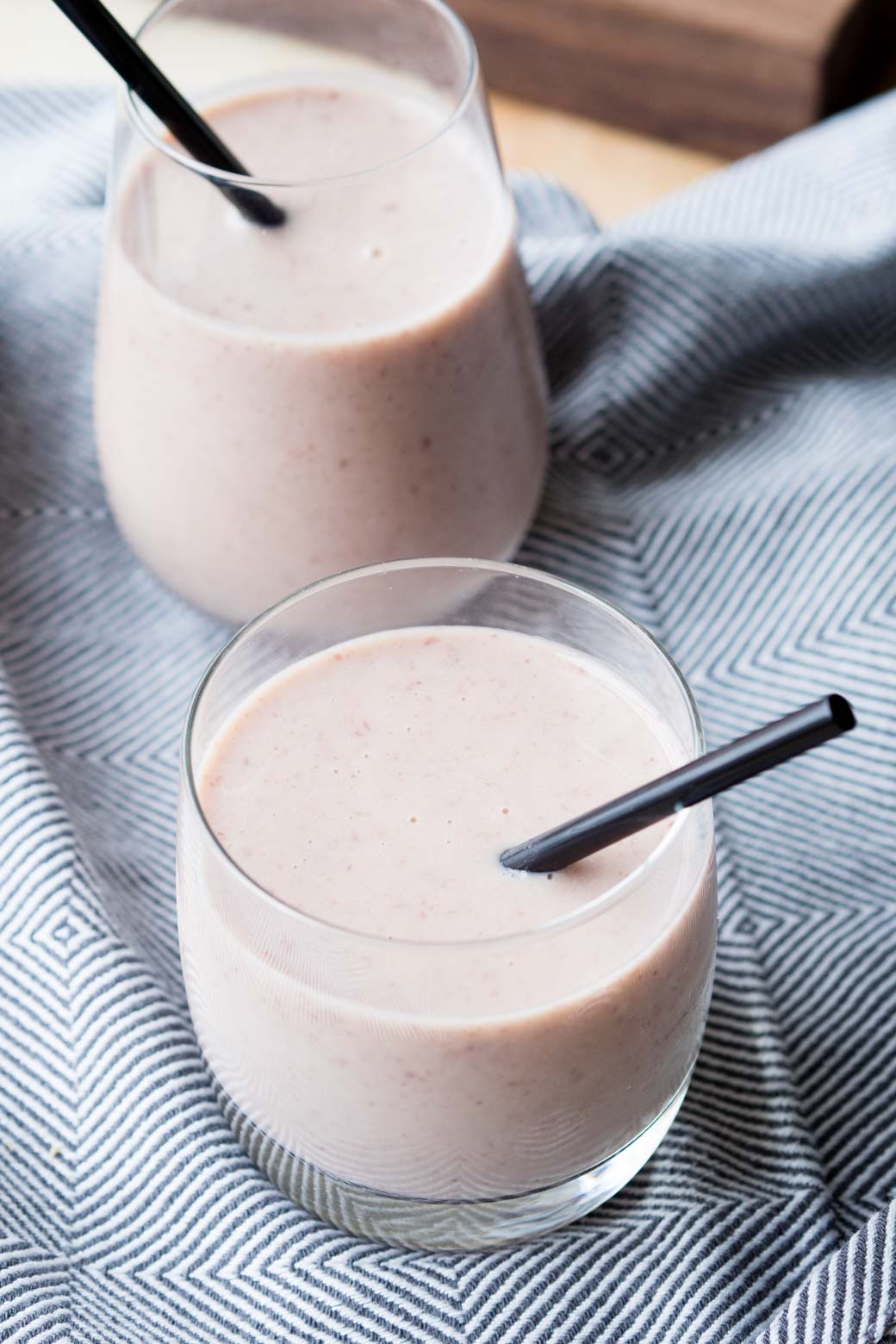 More specifically, I use Japanese-prepared red beans (yude azuki) to make this smoothie because they happen to come in smaller packages with any leftovers going on my next slice of toast. Or better yet, take the leftover prepared red bean and make this Adzuki Beans on Banana Rice!

Because this smoothie contains both beans, yogurt and milk, you are definitely getting your protein! I use regular yogurt because the red beans add plenty of thickness to the smoothie, but you can also use Greek yogurt if you prefer. You'll end up with an even thicker smoothie, but it'll still be enjoyable (and you'll get a bit more protein).

This Red Bean Smoothie is designed to keep you full

The recipe also has oats to add fiber and to help keep you fuller. If you want your Red Bean Smoothie to pack an even bigger health punch, add in some flax seeds and/or chia seeds. 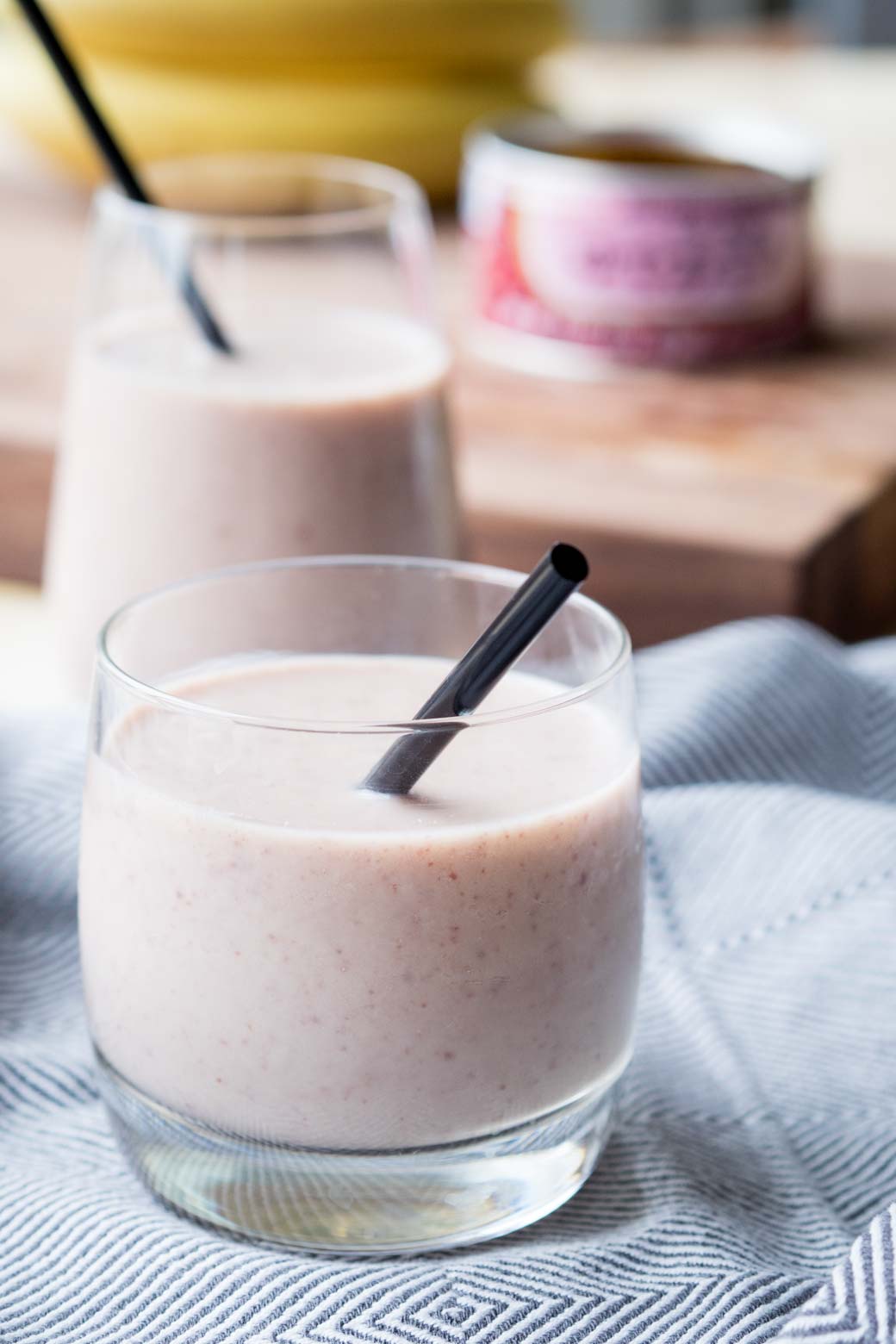 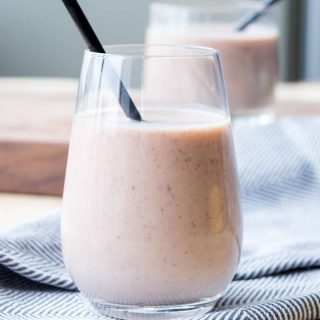 For a vegan version, use a dairy-free yogurt and any milk alternative (I used soy yogurt and oat milk).
Course: Breakfast, Drinks, Smoothie, Snack
Special Diet: Gluten Free, Vegetarian
Author: The Worktop
Cal : 272kcal
Note: Nutrition information is a rough estimate.
Love this?I would appreciate a star review! Snap a picture and share it with me on Instagram using #theworktop and tagging me @theworktop.